First Snow of 2015 at Cerro Tololo and Cerro Pachon 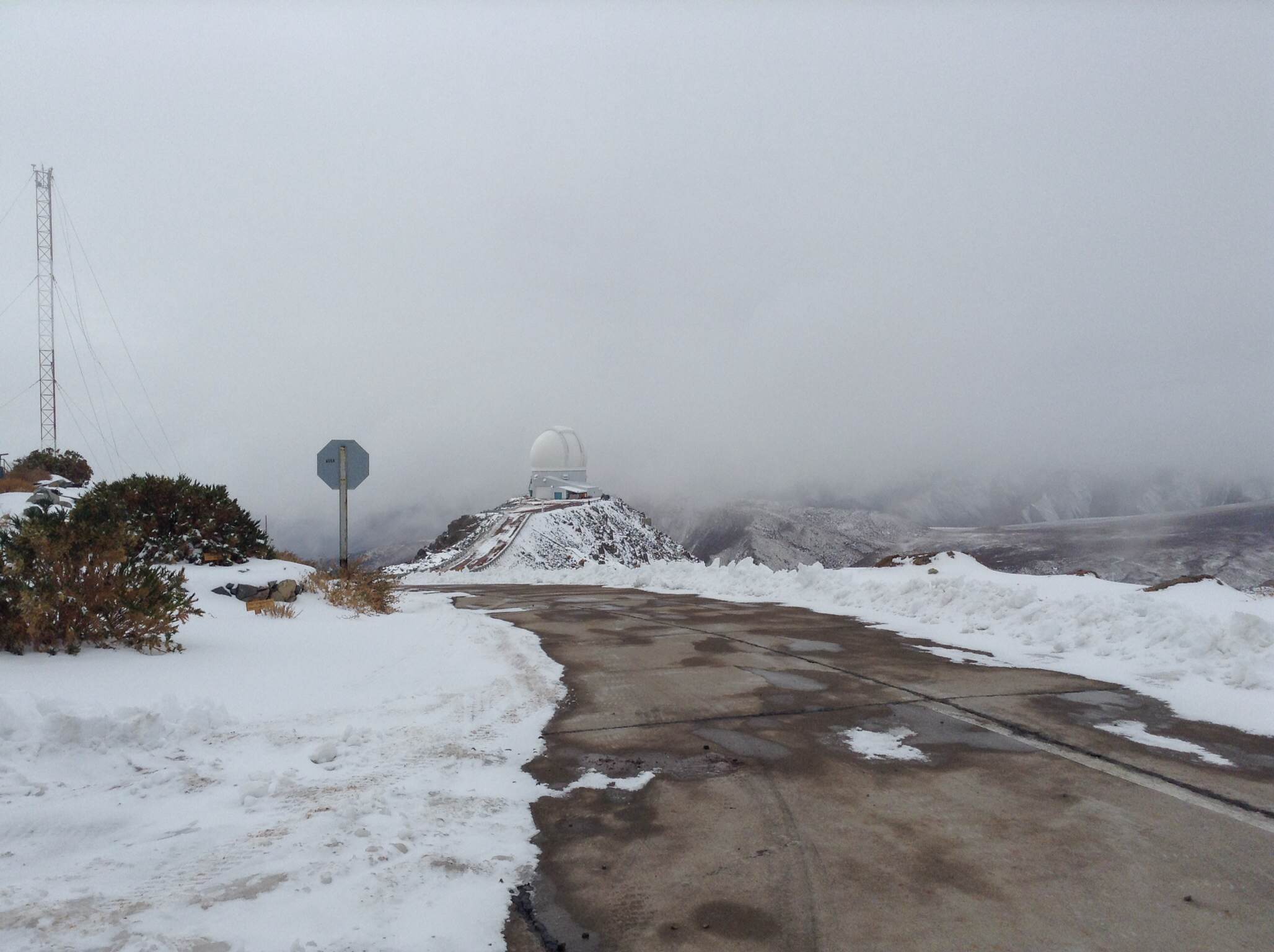 During the weekend of July 12-13 the first snow storm of the season hit the Chilean Andes in the region of the Cerro Pachón and Cerro Tololo observatories. Roughly 70cm of snow acumulated on the Pachón summit and the main access road was partly washed out not far from the main gate. The AURA/CTIO Operations crews set out immediately to the arduous task of snow removal and getting the access road back to condtion so that the observatories could resume their routine work.  However, because of ice on the dome SOAR had to wait until July 15 to be ready to resume scientific observations.