A Note on focussing the Mosaic camera

Getting best focus with the Mosaic camera can be a tricky business, here's why.

(For basic instructions on measuring and setting focus go here.)

Do an "mscexam" and hit "m". If the resulting profile looks North-South elongated like this: 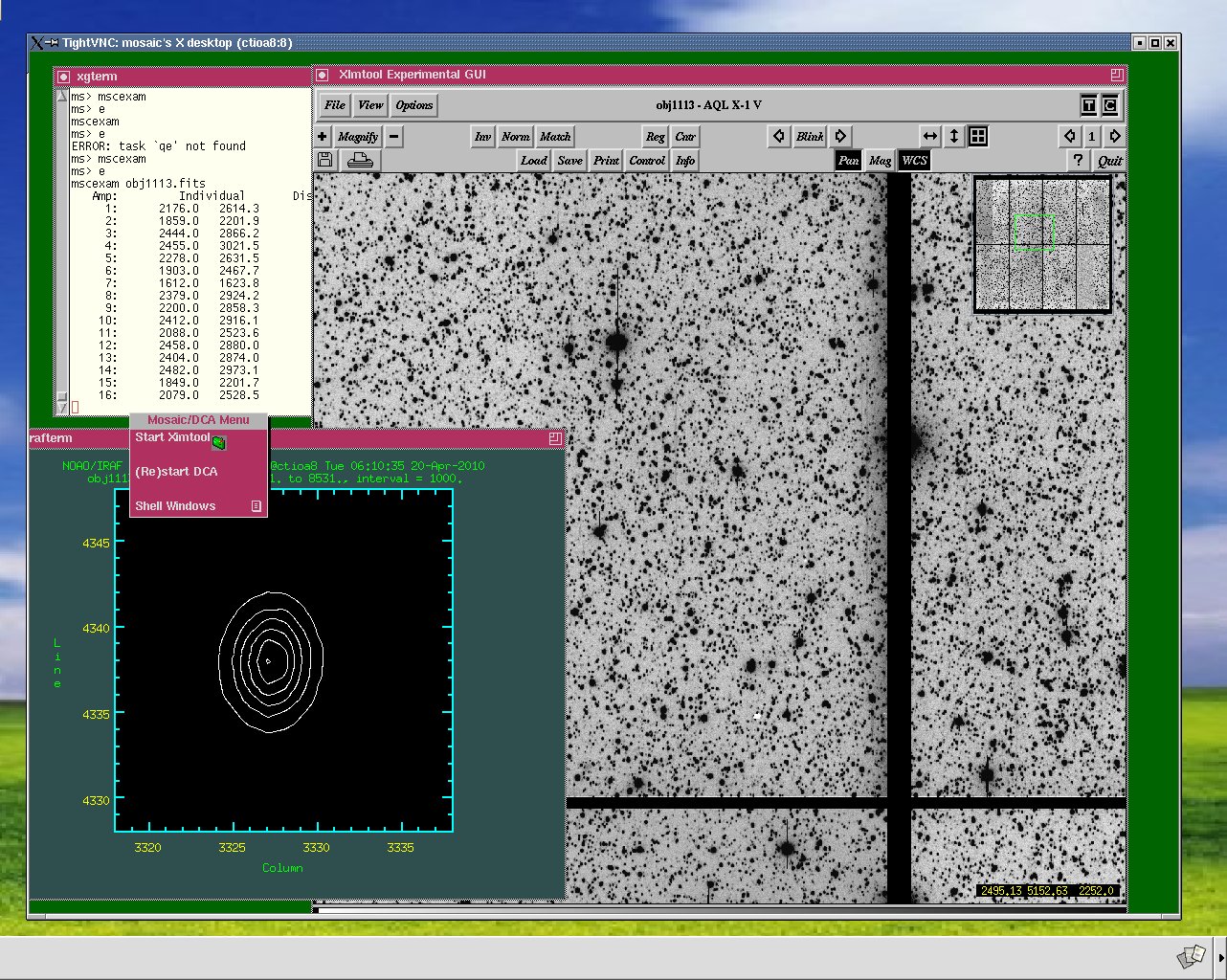 then you must decrease the focus value.

3. Collecting lots of stars in a focus image with ~100 unit steps and aiming at the middle of the flattish/noisy portion of the through-focus FWHM curves.

Back To Mosaic II