A nonlinearity correction has been derived for ISPI data. This is an average correction based on all pixels. A series of J-band frames interleaved with minimum exposure dark ("bias") frames were used to derive the correction. The dark following each illuminated frame was subtracted from that illuminated frame. 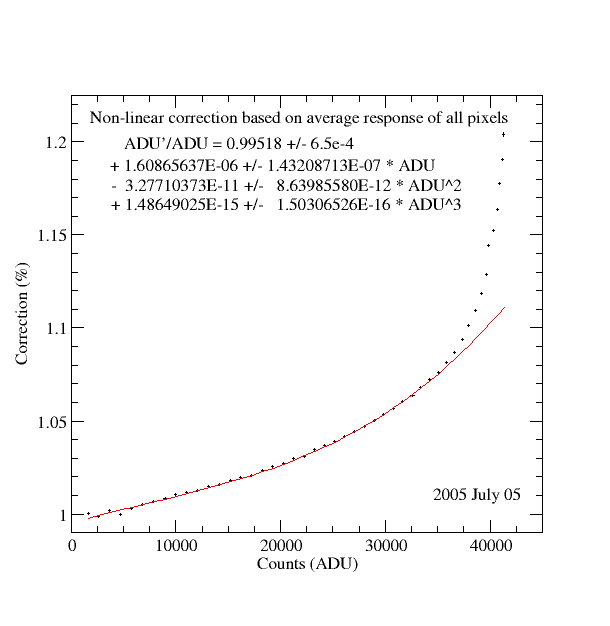 The correction was derived by considering a linear fit to the counts vs exposure time for counts < about 7000 ADU. The residual of this linear fit, normalized by the fit value, plus one was then fit to a third order polynomial. The IRAF coefficients (see IRAF irlincor) are available through the cirred data reduction package in the task "osiris.cl".