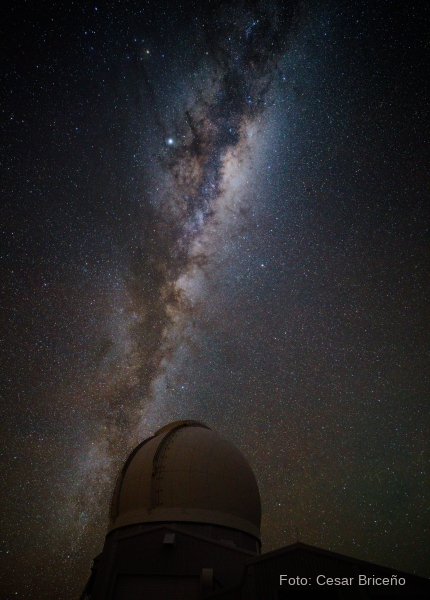 Supernovae, neutron star mergers, black holes at the center of galaxies, erupting young stars — these are all examples of objects in the night sky that change their brightness over time. In the coming years, astronomers expect to discover millions of these variable astronomical events with new sensitive telescopes like the Large Synoptic Survey Telescope (LSST). But to characterize these objects and to understand them better, they need to be observed with other, different telescopes soon after they are discovered.

To provide astronomers with a network of world-class telescopes that can be accessed with a touch of a button, four ground-based astronomical observatories have joined forces to set up the Astronomical Event Observatory Network (AEON): Las Cumbres Observatory (LCOGT), the National Science Foundation (NSF), Gemini Observatory. National Optical-Infrared Astronomy Research Laboratory (NOIRLab), the SOAR Telescope, and With AEON, astronomers will be able to automatically follow up on their astronomical objects of interest, with a range of 0.4-meter to 8-meter telescopes, observing in UV light to infrared.

The 4.1-meter SOAR telescope at the Cerro Tololo Inter-American Observatory in Chile is the pathfinder facility for AEON. It has just successfully completed its first observing night for the network, looking at 10 different astronomical objects under excellent sky conditions. The results, which demonstrate successful access to a large telescope outside the LCOGT network, mark the beginning of a unique new partnership between major astronomical observatories. The SOAR AEON page can be accessed here

“This was the first of 20 nights in which we will follow up on variable objects such as young supernovae and near earth objects,” said SOAR project scientist César Briceño. “SOAR is a great test bed for AEON. It is located on the same mountain as LSST and we have years of experience with remote observations. The telescope also hosts multiple instruments and has been designed to produce the sharpest images possible with any ground-based telescope,” he added.

AEON is a highly automated observing system that runs unsupervised software and automatically generates a dynamic and flexible observing schedule roughly every 15 minutes. SOAR observation requests for its first night were submitted via the LCOGT portal, scheduled by LCOGT software, and transmitted to SOAR, where they were executed with the help of new software that automates many aspects of running the telescope and instrument. The resulting data were returned through both the LCOGT and the NOAO archives.

The successful observing night on SOAR is an important milestone in the process towards setting up the AEON network and including larger telescopes such as Gemini. Gemini Observatory, a leader in flexible or queue observing, is currently upgrading its observing system and will build on the SOAR work to create interfaces and an automatic scheduler that will work with AEON and enhance Gemini’s capabilities.

“The recent demonstration at SOAR shows that the innovative techniques developed at LCOGT over many years can now be extended to other observatories, including more powerful telescopes, with different heritage, management and technology,” said NOAO astronomer Stephen Ridgway.

“This milestone marks the beginning of new science opportunities with existing facilities that will continue to grow with the AEON partnership,” added the director of LCOGT, Dr. Lisa Storrie-Lombardi.

The SOAR telescope, located in Chile, is operated by the Cerro Tololo Inter-American Observatory, a division of the National Optical-Infrared Astronomy Research Laboratory, which is operated by the Association of Universities for Research in Astronomy Inc. (AURA) under a cooperative agreement with the National Science Foundation (NSF). NSF is an independent federal agency created by Congress in 1950 to promote the progress of science. NSF supports basic research and people to create knowledge that transforms the future.

Note: An earlier version of this story referred to Las Cumbres Observatory by the acronym LCO. This has been updated to LCOGT to avoid confusion with Las Campanas Observatory.