PROPERTIES OF THE VR FILTER

The VR filter is intended to be a “discovery” filter, not an “accurate photometry” filter, and so for instance the tolerances on the edge positions as a function of radius are not as tight as for the DES set.

The following plot shows the throughput (less atmosphere) of the VR filter in arbitrary relative units. The upper left is the focal plane average. The upper right plot shows the relative throughput versus radius in four roughly equal bins in radius (scale is 2000-4000 in this panel). The lower left and right panels show a zoom in of the blue and red edges respectively for those four radial bins. 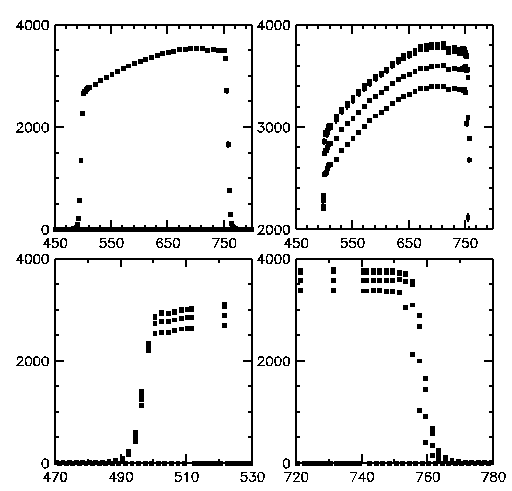 The radial dependency is quite large. The following plots show the response across the focal plane at the central wavelength, blue edge and red edge. 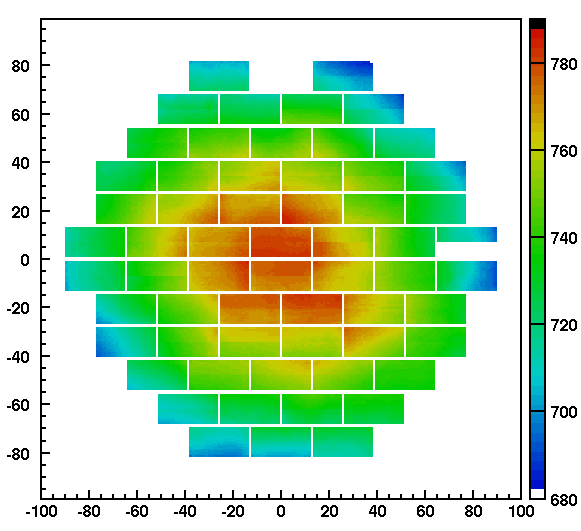 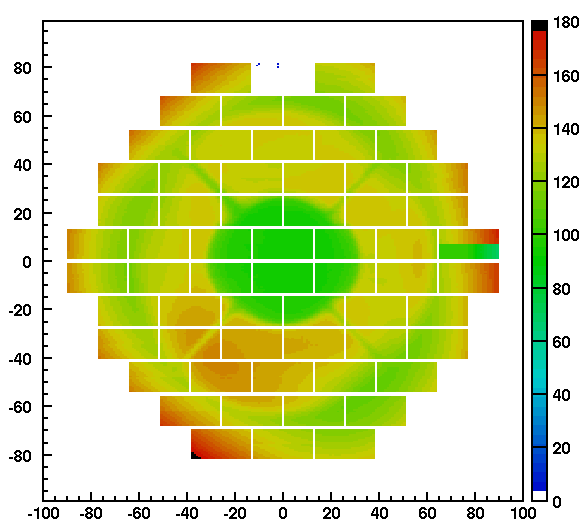 Red edge (761 nm): Note that the radial variation on the red edge washes out the pupil ghost effect. 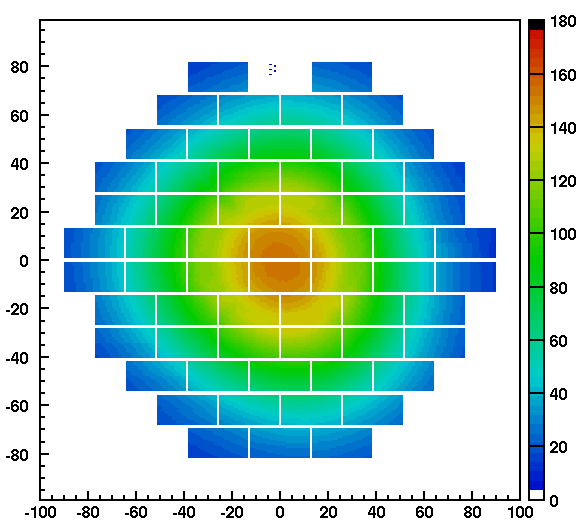