On August 17, 2017, Advanced LIGO and Virgo made the first detection of gravitational waves (GW) from a neutron star binary merger.  Twelve hours after the GW signal, an electromagnetic wavelength counterpart—the first for any GW source—was identified within the 30 degree square localization region. The source was identified by the Dark Energy Camera on the 4-m Blanco Telescope, and several other groups.

The following evening, observations continued with a battery of AURA facilities in Chile.  A team led by Drs. Edo Berger and Matt Nicholl (Harvard-Smithsonian Center for Astrophysics) started spectroscopic follow up with SOAR on 2017 August 18.97 UT, using the Goodman High Throughput Spectrograph. The plot below shows the rapid evolution of the merger event in the Goodman spectra, from 1.5 days to 7.5 days, as it faded and got redder (spectra at 8.5d and 9.5d were obtained at the Magellan telescope in Las Campanas). The SOAR spectra are consistent with the outburst from a blue kilonova, produced by the merger of a neutron star binary, and support the idea that these events are a major source for producing the heaviest elements in the Universe.

These observations would not have been possible without the cooperation of the regularly-scheduled observers, who relinguished part of their telescope time for these spectra.

Some links are provided below: 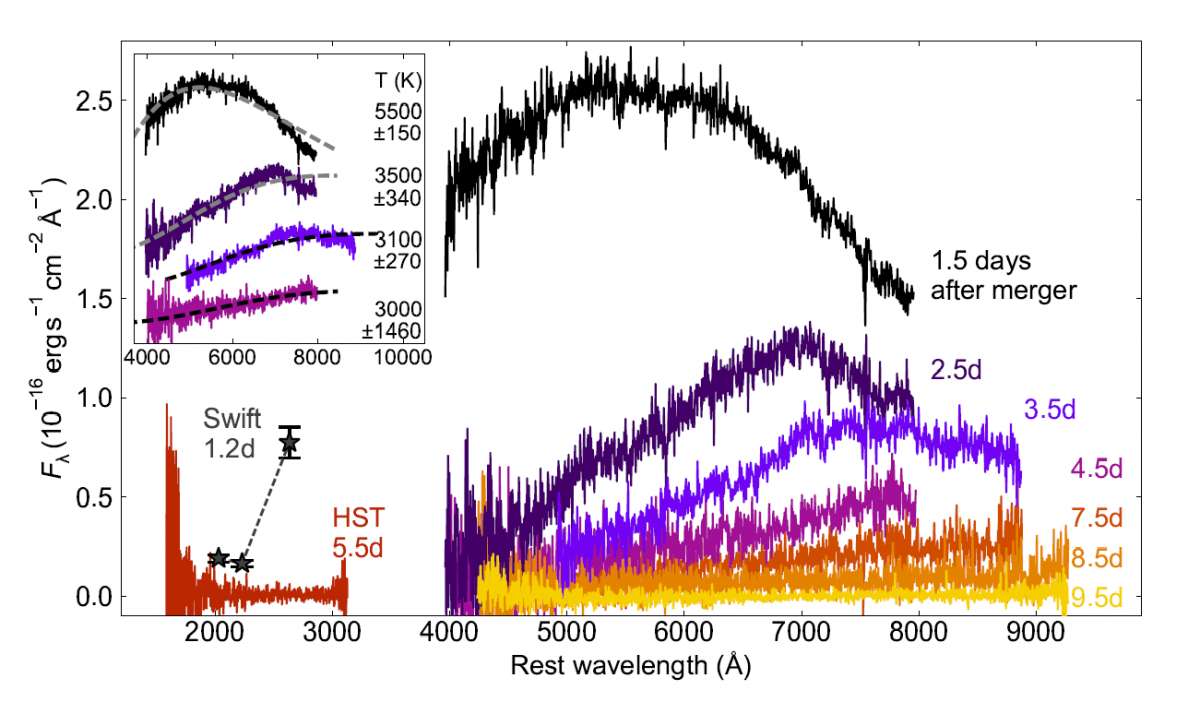