Starting from the early hours of October 14, 2015 the IV Region was affected by a weather system that broght considerable rainfall to the La Serena and Coquimbo area, and a significant amount of snow to the Pachón and Tololo area, with the 0 deg isotherm around the 2000 m level. Most was over by the afternoon, and even the sun came out at least in La Serena, but the heavy precipitation left the roads to Tololo and Pachón impassable, and access to our Telescope Operators from the Pachón hotel to SOAR was not possible. The day crew could not drive to SOAR yesterday nor today.

Today, Thursday Oct 15, road crews continue using heavy machinery to clear the road up to the summit, but otherwise transit is restricted to 4x4 vechicles equipped with chains, and only under special permission. Therefore, SOAR operations that were suspended for last night, Wednesday Oct 14, continue suspended for tonight, Thursday Oct 15.

UPDATE, Oct 16, 2015, 5PM:  This morning the SOAR day crew could access the telescope. They checked all systems, cleared the snow on the dome and have declared we are operational and ready to resume scientific observations. SOAR is therefore back online. 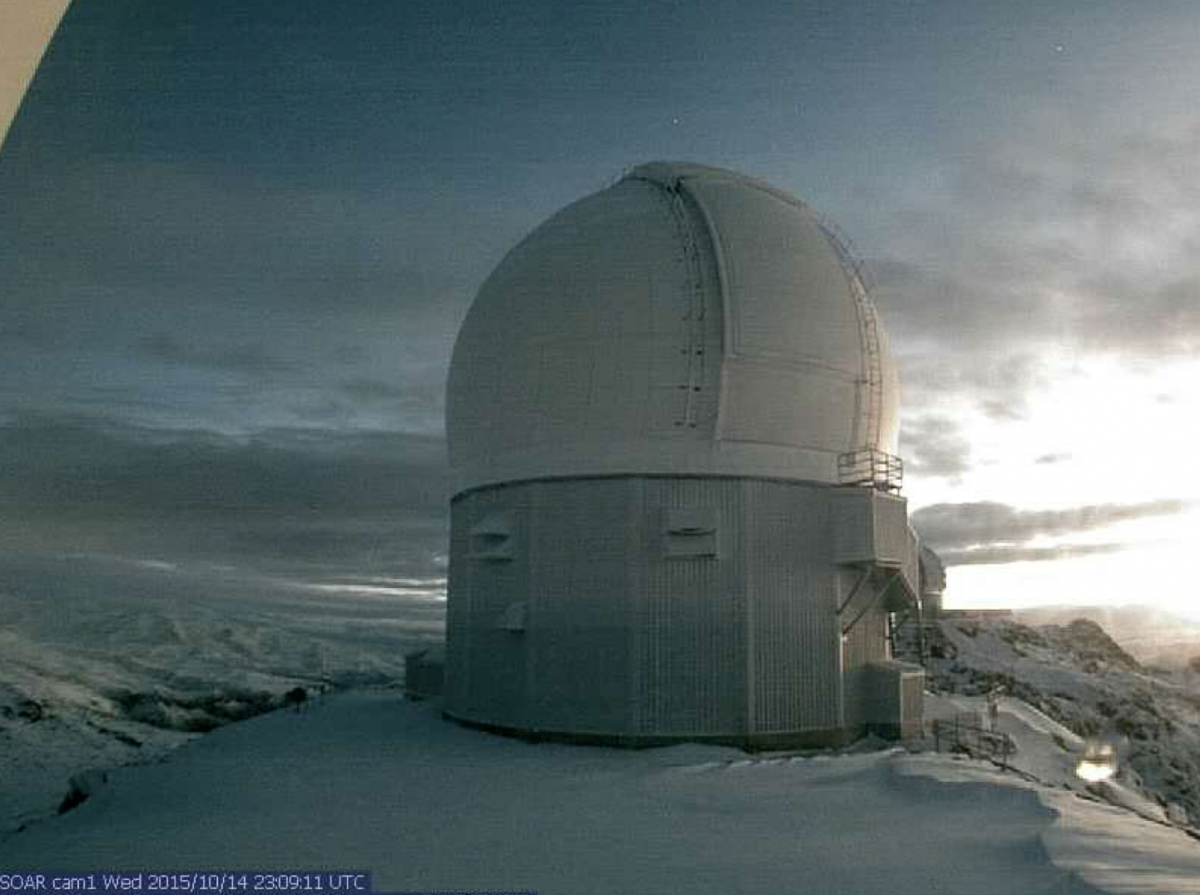