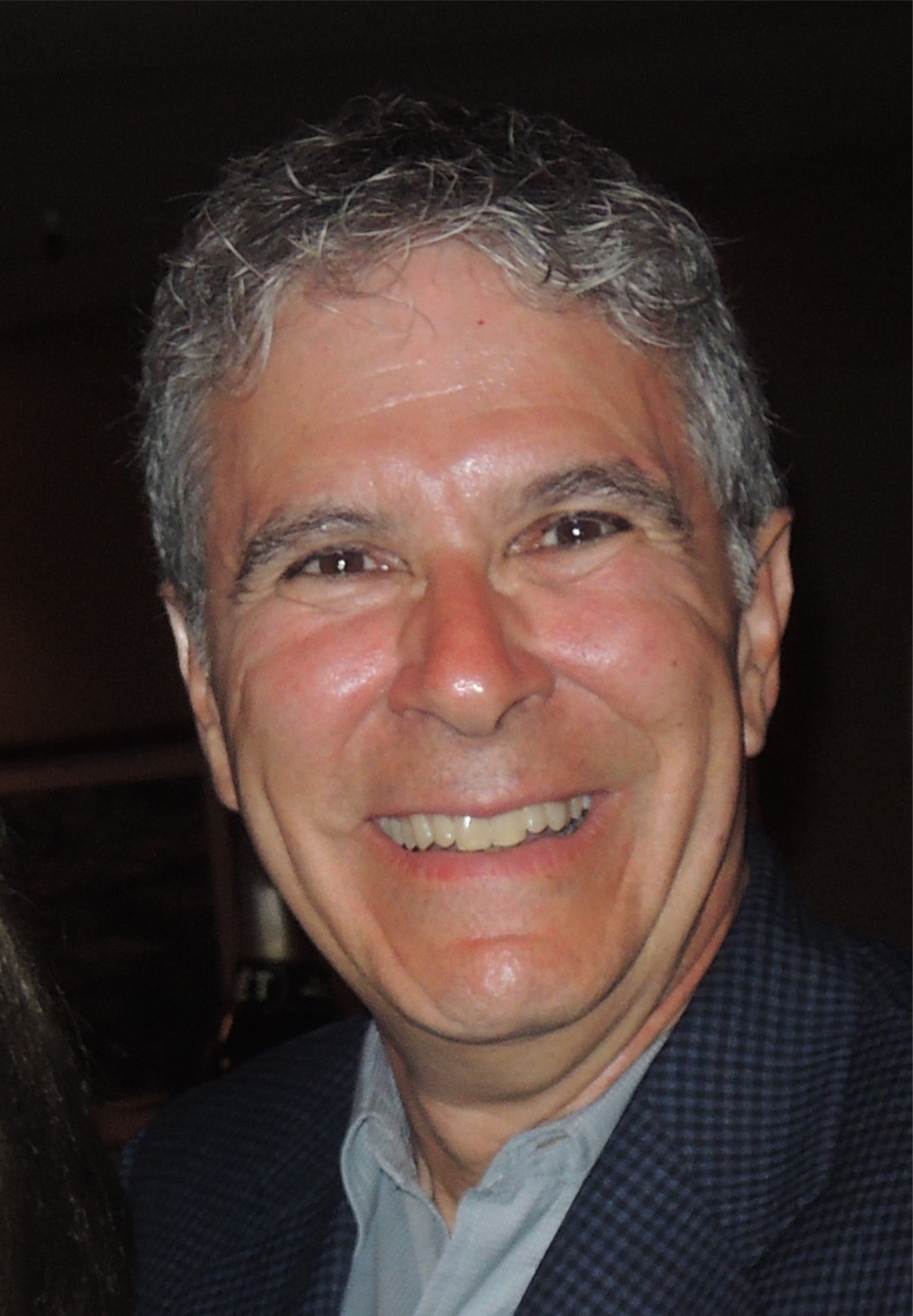 The Project Director (PD) has overall leadership responsibility for the execution of the work and for meeting the science requirements within schedule and budget. The PD is responsible for setting the strategic vision and priorities for the project. They act as the main point of contact with NSF, AURA Corporate, and the NOIRLab Director’s Office and represent the program in both internal and external committees and in public settings.

Richard is serving as Interim Director of the US-ELT Program while retaining his position as Astronomer and Assistant Director for Government Relations for the astronomy program at The University of Arizona. He recently served as the Division Director for Astronomical Sciences at the U.S. National Science Foundation. Green is a Fellow of the American Association for the Advancement of Science and of the American Astronomical Society. He has served as the director of KPNO, LBTO, and UKIRT; served on the NASA SITIS and FUSE science teams; and was listed at one time among the top 100 most highly cited astronomers for his work on quasars and black holes. He earned his AB from Harvard and his PhD from Caltech, both in astronomy. 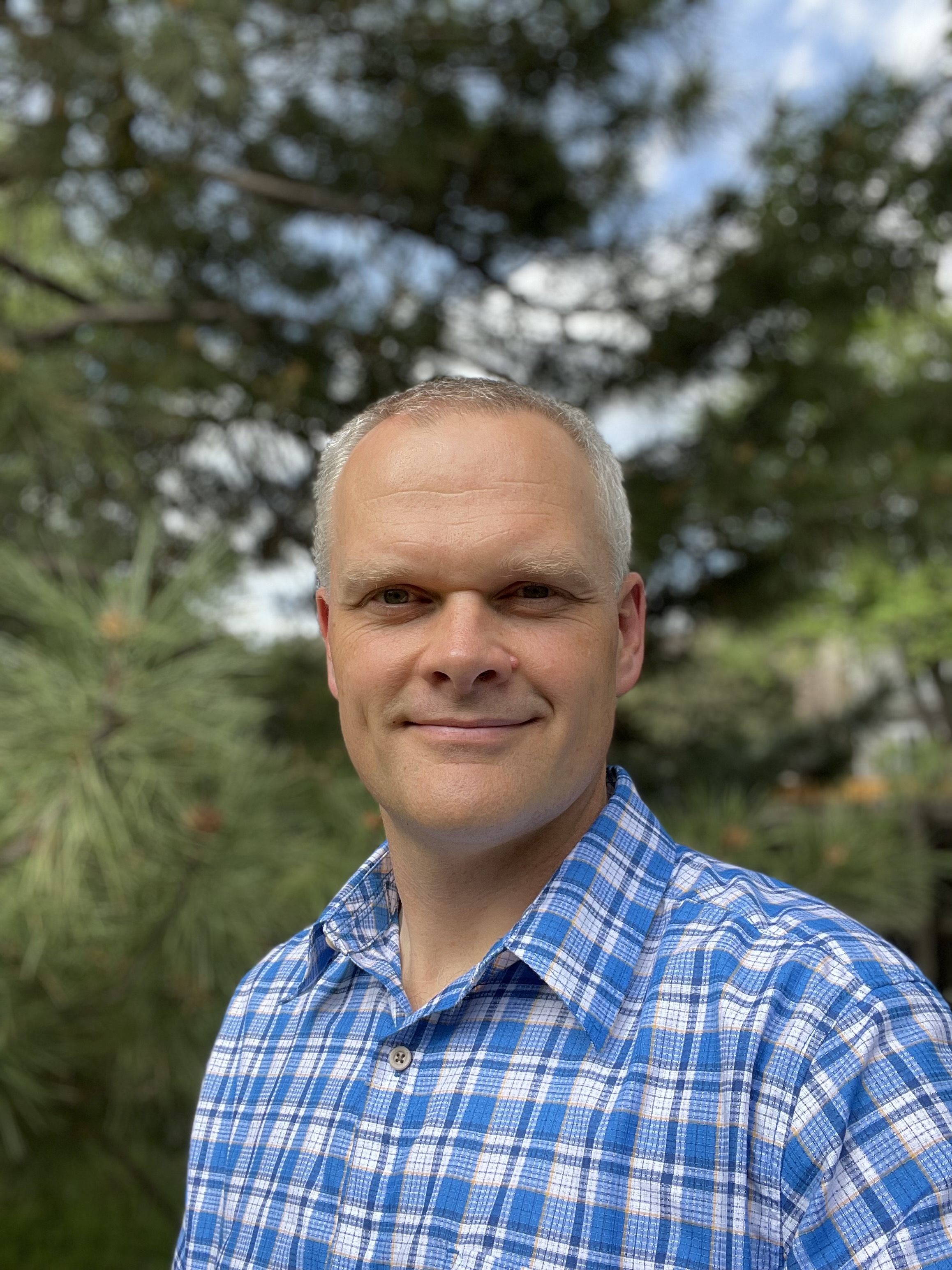 The Project Manager (PM) is responsible for managing the execution of all programmatic activities, including developing and managing the project budget, schedule, scope, and risk; closely collaborating with program and technical teams at TMT and GMT; interfacing with other NOIRLab programs such as Rubin, Gemini, and CSDC; and representing the US-ELTP to stakeholder groups in reviews and other venues. Given his experience and background, Steve also guides the development of the US-ELTP software and system architecture, defines and implements related engineering practices, and supports assuring the scientific and operational viability of the engineered systems.

Steve's career has focused on building data and computing infrastructure, software, processes, and policies for large scientific and technical projects. He has led teams as a project manager and engineering director at the Daniel K. Inouye Solar Telescope, at the continental scale ecology project NEON, and at Datastax, an enterprise database company. He has also worked as a consulting staff engineer, project manager, and CTO at multiple startups. Steve earned a PhD in astrophysics from UCLA, where he focused on studies of black hole dynamics in the Galactic Center and the thermal and magnetohydrodynamic environments where planet formation occurs. 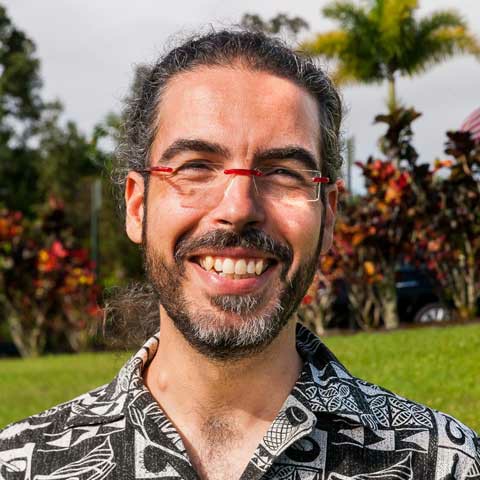 The role of the Community Engagement Scientist (CES) is to ensure that everyone has an equal opportunity to access GMT and TMT, regardless of their origin, affiliation, career stage, etc. The CES is responsible for developing and executing the overall vision for community engagement in the Design, Development, and Construction Phases of the project. The CES is also responsible for building and maintaining relationships with stakeholders to increase awareness of and support for the US-ELTP.

André-Nicolas is an associate astronomer at NOIRLab. He completed his PhD at the Université de Montréal in 2007 and learned everything about the fundamentals of astronomical observations at the Observatoire du Mont Mégantic. He was research fellow at the NRC Herzberg Astronomy and Astrophysics Research Centre and postdoc jointly at the Universidad de Concepción and the Universidad de Valparaíso before joining the Gemini Observatory (now a program of NOIRLab) in 2013. For almost 10 years, André-Nicolas took part in every phase of a Gemini observing program life cycle and has played a central role in Gemini's user support effort. André-Nicolas’s research interests are massive stars, hot winds, star clusters, and stellar evolution. 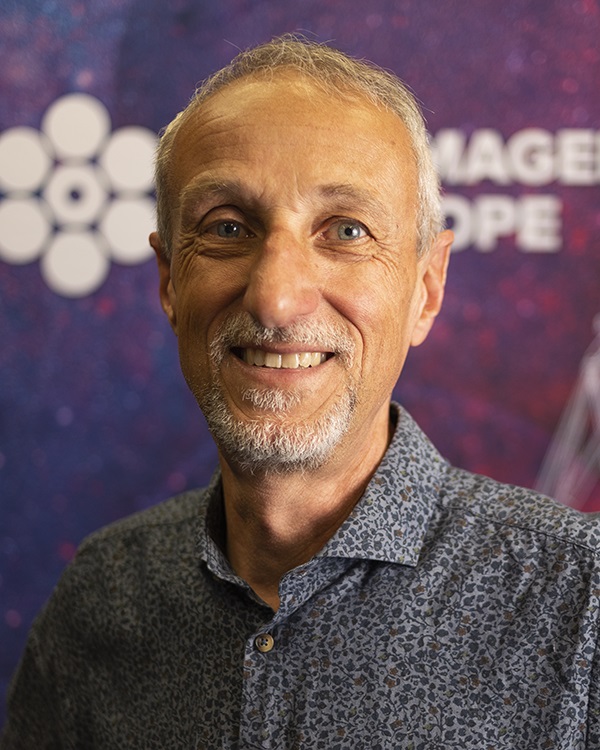 Mark is an astronomer at NOIRLab in Tucson. He studies galaxy formation and evolution using multi-wavelength deep field surveys and targeted follow-up observations from space- and ground-based observatories. 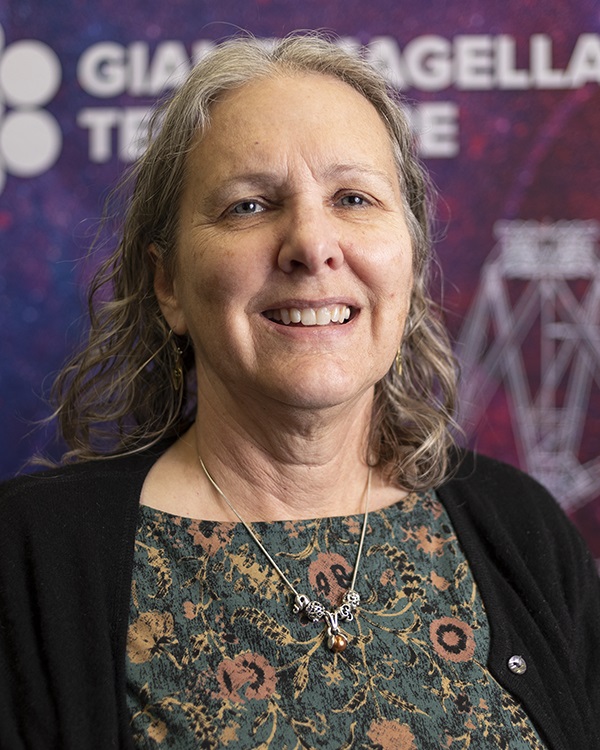 The Document Manager (DM) is responsible for managing the entire life cycle of US-ELTP documents, which includes establishing and maintaining a procedural framework for overseeing the document production process captured in the Document Control Plan. The DM submits required reports and deliverables to NSF, AURA, and NOIRLab; provides document editing to the project team; and maintains the project’s document workspace and document repository.

Sharon holds master’s degrees in library science, in English, and in history. She has been a freelance editor for 25 years. Sharon has worked for NOIRLab since 2013 as both a document editor and the Tucson Headquarters librarian. 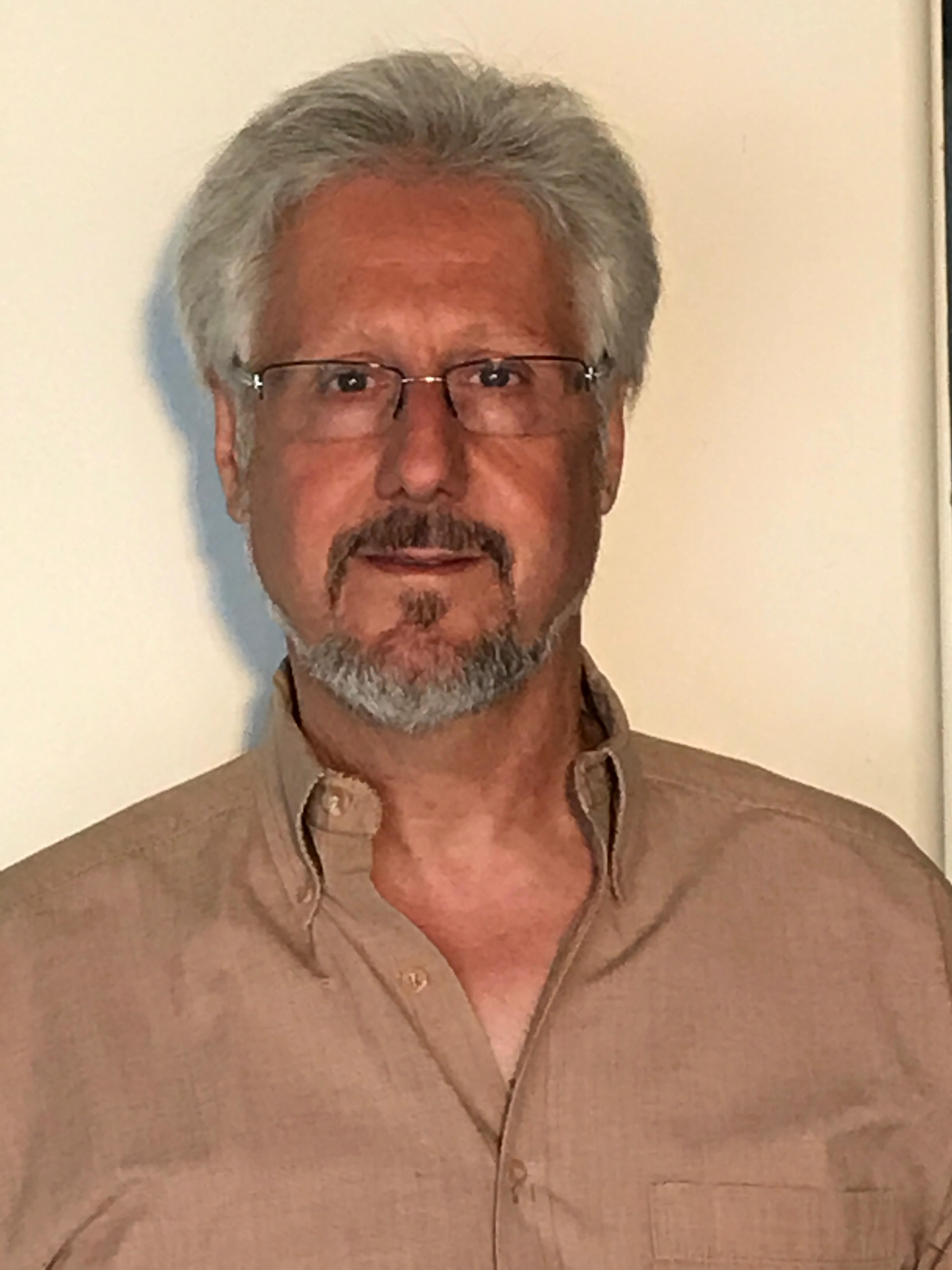 Jeff was the Project Manager for the Rubin Observatory Data Management subsystem from 2004 to 2015, responsible for leading a widely distributed team of experts in development, operations, and support of the computing and communications systems that provide calibration, quality assessment, processing, archiving, end user and external system access of astronomical image and engineering data produced by the LSST. After stepping down as PM, he managed the data communications and information technology departments in Chile and Tucson for Rubin Observatory. Jeff has held positions at all levels in IT organizations, in many industry segments, including defense and aerospace, semiconductor manufacturing, geophysics, software engineering consulting, home and building control, consumer durables manufacturing, retail, and eCommerce.

The Systems Scientist (SS) is responsible for setting the scientific strategic vision for the Project Systems Engineering team and addressing proposed changes to the Project technical baseline along with the Systems Engineering Manager and Systems & Software Architect. The SS is responsible for ensuring that the overall US-ELTP user services meet the expectations of the relevant stakeholders and the project is using consistent and correct scientific terminology. They bridge the gap between the project-wide vision for community engagement and the engagement activities coordinated by the Stakeholder Representatives.

Marie holds a PhD in Astrophysics from the Université de Toulouse (France; 2003). She held a two-year postdoctoral position at the Institute of Astronomy at Cambridge (UK) and a three-year UK Gemini support scientist position in the UK National Gemini Office at the University of Oxford. Marie joined the Gemini Observatory in 2009 and provided observatory support duties at the Gemini Observatory in Hawai'i. Marie’s research interest focuses on galaxy formation and evolution through the study of physical properties of spatially resolved distant galaxy populations using mostly adaptive optics and integral-field spectroscopy in the optical and infrared. 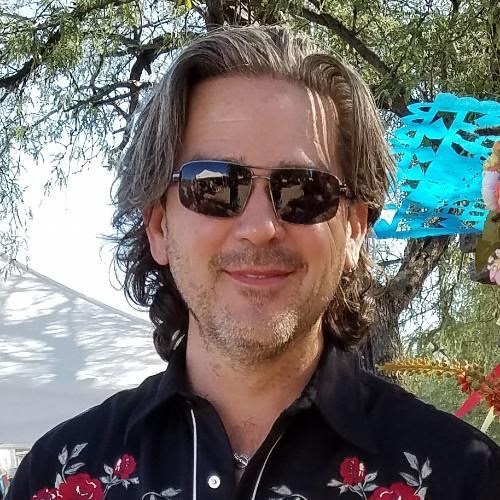 The Project Controls Specialist is responsible for the generation and maintenance of the resource-loaded Integrated Master Schedule with input provided by the Control Account Managers. 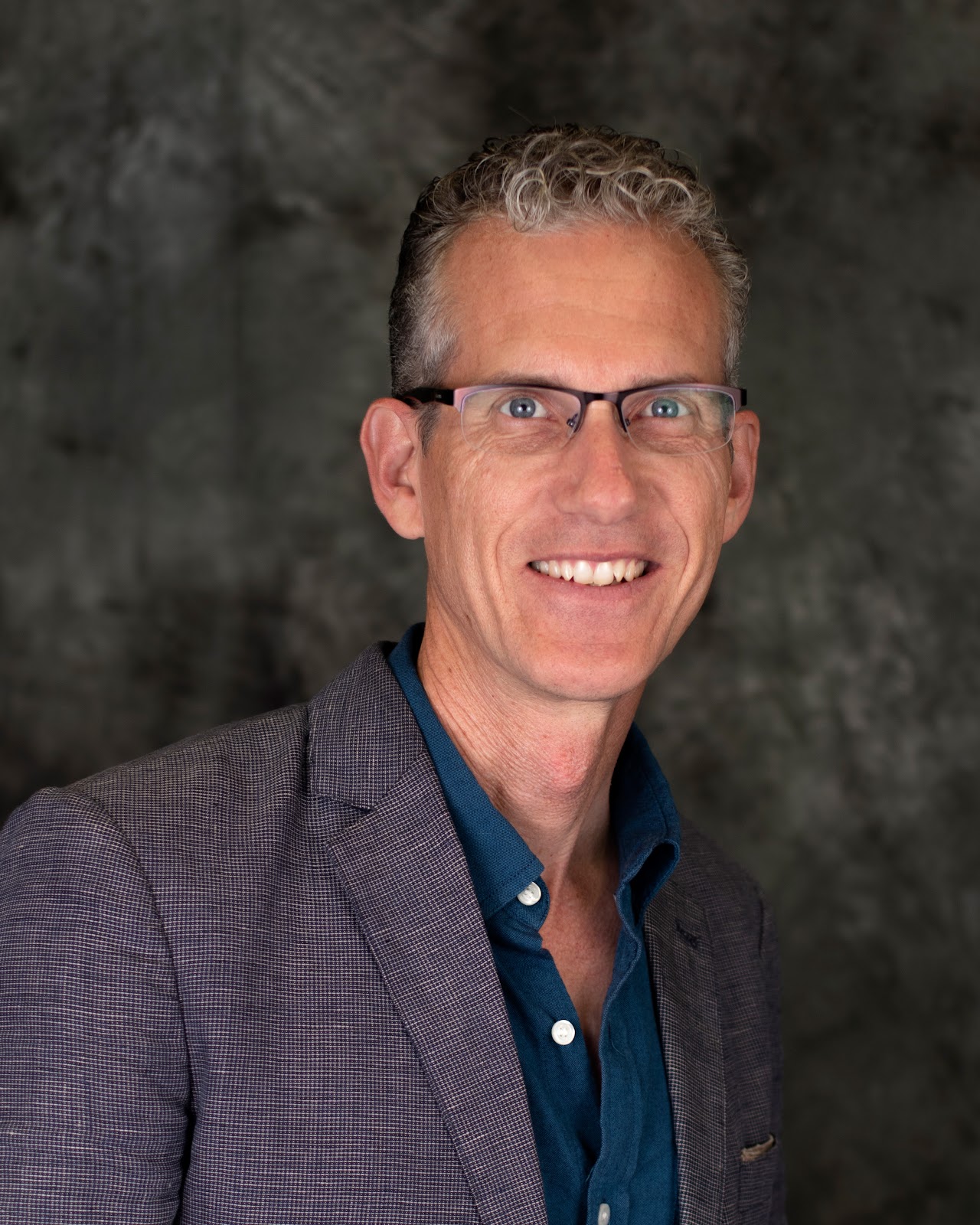 The CEE Liaison enables communication between the US-ELTP Project Director and the CEE Director.

Mark holds a master's degree from the University of Arizona (M.Ed. Educational Technology, 1996). He currently manages the Arizona Education & Engagement team and the Web & Graphics Services group for NSF’s NOIRLab. Prior to that he spent 19 years as the National Optical Astronomy Observatory’s web designer/developer. 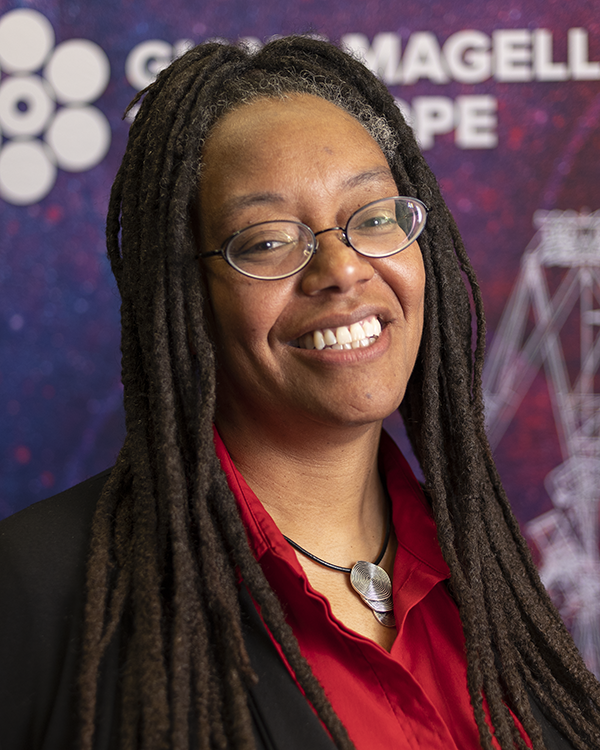 Dara is the Deputy Director of the NOIRLab Community Science and Data Center. She leads the Center’s Community Science mission to provide user support services and advanced data products for the astronomical community, in particular, advocating for broad and equitable data access. Dara has been interested in the culture and workforce of astronomy for many years and has co-authored numerous white papers for 2 Astronomy Decadal Surveys on these topics. She has served as the AURA Diversity Advocate at NOAO, chaired the AAS’s task force that revised the society’s Ethics Code, been an active member of the AAS’s Committee on the Status of Minorities in Astronomy; chair of the astronomy and astrophysics section of the National Society of Black Physicists; and co-organizer of the 2015 Inclusive Astronomy Conference. Her research interests include the study of AGN and their influence on galaxy evolution. 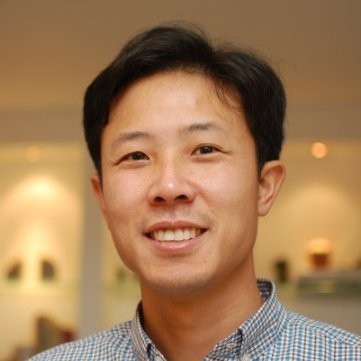 Eric is an Astronomer at NOIRLab, where he conducts astronomical research and is part of the US Extremely Large Telescope Program (US-ELTP). In his research, he studies the structure and stellar content of nearby galaxies in order to understand how galaxies form and evolve. Using space-based and ground-based telescopes to acquire large data sets, Eric and members of his research group apply computational and statistical techniques to test current theories. As part of the US-ELTP, Eric is working to make the next generation of large, optical-infrared ground-based telescopes a reality. 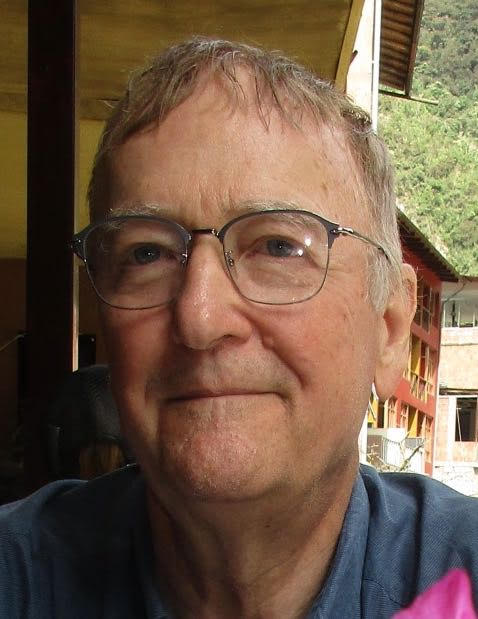 The GMTO Technical Monitor is NOIRLab’s liaison with the GMTO risk reduction program, which is funded by NSF via a subaward through AURA. Connecting regularly with GMTO staff, he ensures a two-way flow of technical and financial information about program needs, accomplishments, milestones, and budget.

Starting as a physics student at Carleton College in Minnesota and the State University of New York in Stony Brook, Steve has spent his astronomy career with the National Observatory, with absences for visiting positions at NASA, Georgia State University, and the University of Paris. Steve has built and used instruments ranging from Fourier transform spectrometers to multi-telescope optical interferometers and adaptive optics imagers for studies of stars, planets and satellites. 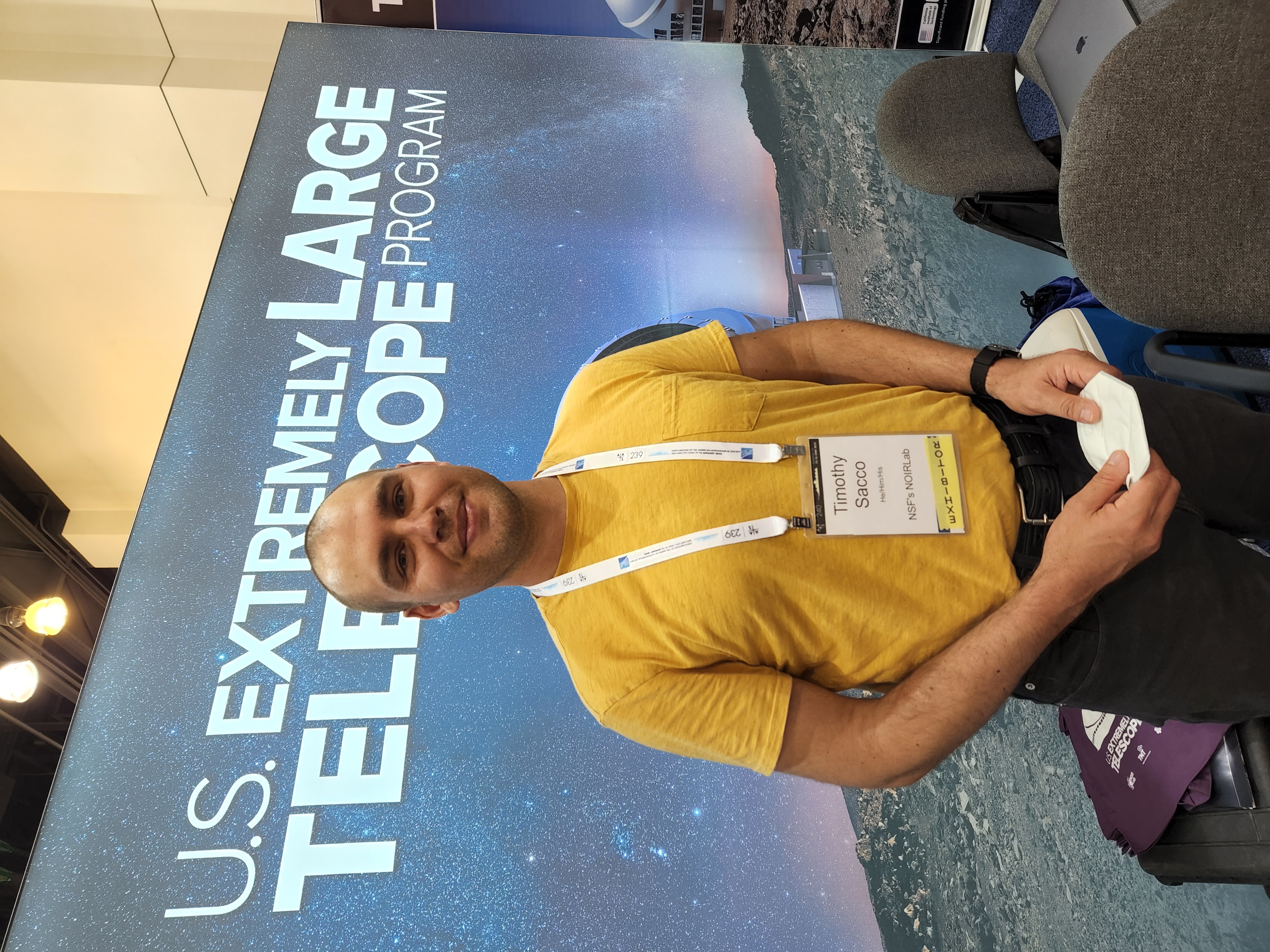 Tim holds a PhD in Sociology from the University of Massachusetts Amherst and an MA in Applied Sociology from Loyola University Chicago. His research investigates the social dynamics of research collaboration and issues of equity in scientific work. 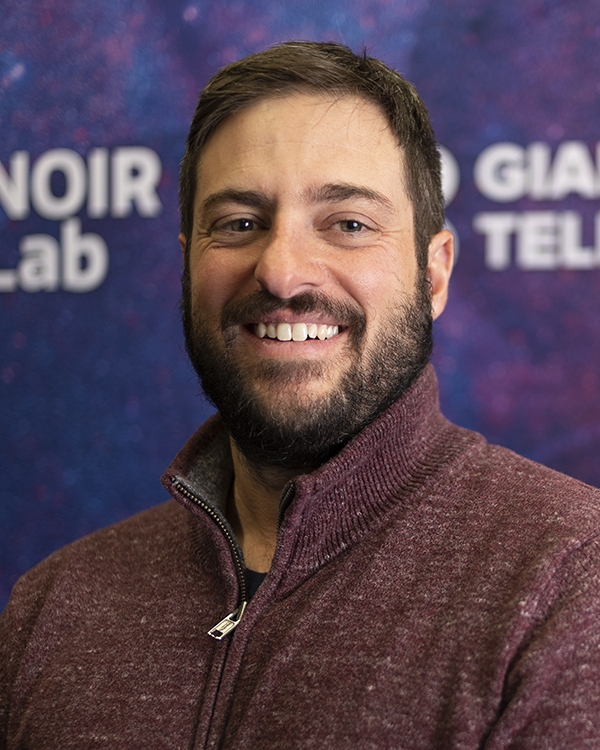 The Project Systems Engineer (PSE) is responsible for developing and maintaining the project's formal requirements and their traceability from Use Cases and their flowdown and allocation to subsystems and User Stories. The PSE duties also include developing and overseeing the verification and validation of the US-ELT Program Platform software system (UPP).