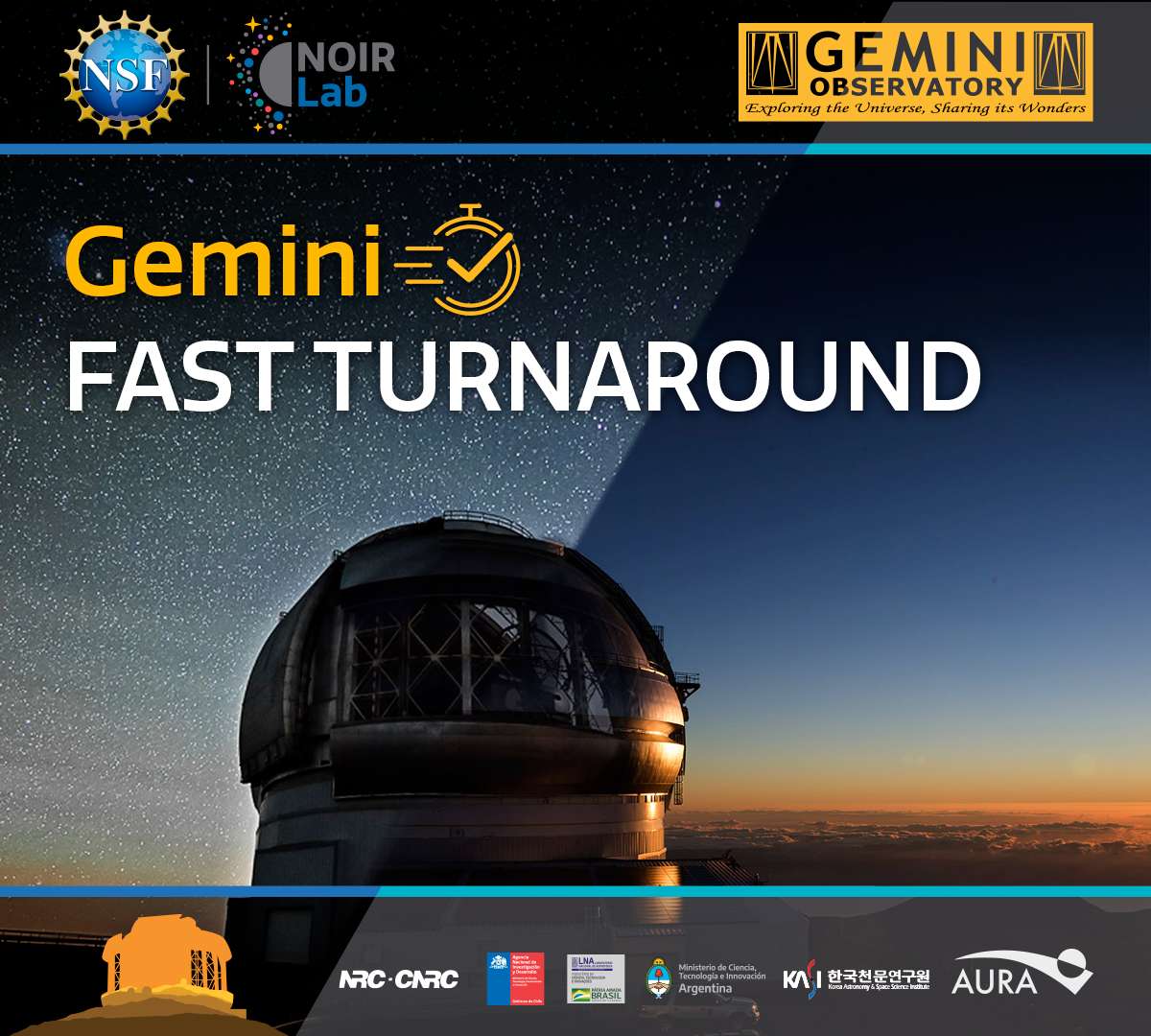 Gemini North and South are accepting proposals for the Fast Turnaround (FT) program. The upcoming deadline is at 23:59 Hawai‘i Standard Time on 31 July 2021. Successful proposals from this cycle will be active in the Queue from September through November 2021. We are again accepting proposals at Gemini North for NIRI and NIFS with Altair NGS and LGS. Please check the 21B telescope semester schedules for Gemini North and South and the detailed instrument availability for the September–November period. The FT program has been used to conduct pilot studies, complete observations for existing data sets, follow-up on newly discovered objects, and much more. Proposers will have two weeks to peer review up to eight other proposals and results will be announced around the 21st of the month. Data for successful programs can be obtained as early as a week or two after that. We have been using a dual anonymous proposal review process (DARP) since February. Proposals must use the FT DARP proposal templates and be anonymized as described in the Call for Proposals here. 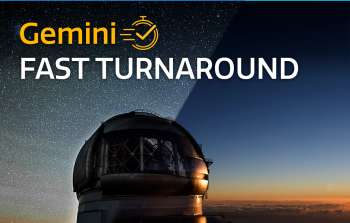