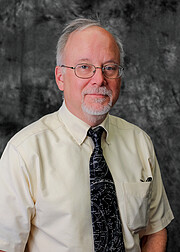 Patrick McCarthy is the former Vice President of the Giant Magellan Telescope Organization and an Astronomer at the Carnegie Institution for Science. McCarthy is a world-recognized astronomical leader; his seminal work on galaxy evolution and the high-redshift universe has earned him wide scientific respect and recognition. He has spent more than thirty years working with the NOIRLab facilities, as a frequent observer and as a member of advisory and oversight committees. McCarthy’s experience of large projects, including developing instruments for Hubble and his leadership roles in the Giant Magellan Telescope Project, will be invaluable as NOIRLab charts its path through the coming decade and beyond.

Beth Willman is former Deputy Director of the Large Synoptic Survey Telescope. She was previously an Associate Professor of Astronomy and Department Chair at Haverford College and an Astronomer at the University of Arizona. Willman received her PhD in astronomy from the University of Washington, and she has also been a James Arthur Fellow at the Center for Cosmology and Particle Physics, and a Clay Fellow at the Harvard-Smithsonian Center for Astrophysics. For nearly 20 years, Willman has used wide-field observational data to conduct near-field cosmology research. Her specialty is investigating the least luminous galaxies in our known Universe; the first known ultra-faint dwarf galaxy Willman 1, which she discovered during her fellowship, is named after her. 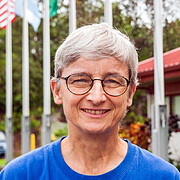 Inger Jorgensen is NOIRLab’s Associate Director for Operations and is based in Hilo, Hawai’i. Jorgensen is a highly accomplished and widely respected astronomer who focuses her research on understanding the formation and evolution of galaxies. After two prestigious postdoctoral fellowships (Harlan J. Smith Fellow and then Hubble Fellow) at the McDonald Observatory, Jorgensen joined the Gemini Observatory shortly before the first observations were made from Gemini North in Hawai’i. During Jorgensen’s 22 years with Gemini Observatory, she held positions ranging from Instrument Scientist to Head of Science Operations, and, most recently, Portfolio Manager.

Jennifer Lotz received her PhD in astrophysics from Johns Hopkins University in 2003. Prior to her appointment at Gemini, she held a tenured associate astronomer position at the Space Telescope Science Institute and a joint appointment as a research scientist at Johns Hopkins University. Previously, she was a Leo Goldberg Fellow at the National Optical Astronomy Observatory, and a postdoctoral fellow at U.C. Santa Cruz. She is a leading expert in the field of galaxy mergers, and makes use of both ground-based and space telescopes to track the growth of galaxies over cosmic time. 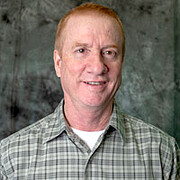 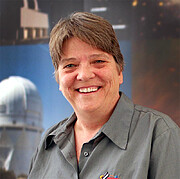 Lori Allen joined the National Optical Astronomy Observatory in 2009 from the Harvard-Smithsonian Center for Astrophysics where she was a member of the IRAC instrument team for the Spitzer Space Telescope. Allen has served as Associate Director of Kitt Peak since 2014. In the position of Acting Director of NOAO, she was responsible for top level management of NOAO and continuing senior management of Kitt Peak. Allen received her PhD from the University of Massachusetts, Amherst and is a member of the Spitzer Science Center Oversight Committee and of the AAS Committee on Light Pollution, Radio Interference and Space Debris. Her research interests include wide-field surveys, star and planet formation, protoplanetary disk evolution, asteroids and galactic archaeology. Lori is Director of the Mid-Scale Observatories (MSO) which includes the Kitt Peak and Cerro Tololo Observatories. 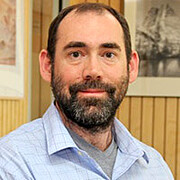 Adam Bolton came to the National Optical Astronomy Observatory in December 2015 from the faculty of the Department of Physics and Astronomy at the University of Utah, where he played a leading role in the data management and scientific data analysis efforts of the SDSS and DESI projects. He received his PhD in 2005 from MIT, held postdoctoral fellowships at the Harvard-Smithsonian Center for Astrophysics and University of Hawaii Institute for Astronomy, and received a Department of Energy Early Career Research Award at the University of Utah. His research interests are in observational cosmology, massive galaxy evolution, gravitational lensing, and astrostatistics. 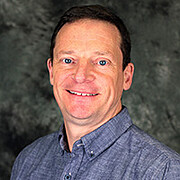 (Safety, IT and Facilities Operations)

John Maclean brings more than 15 years of experience at the Advanced Photon Source (Argonne National Laboratory) where he was most recently Associate Division Director for the Engineering Support Division. His responsibilities there included IT systems, business systems, and the accelerator control system of the light source, providing beam time to more than 5500 users a year. Maclean previously spent two years with Gemini Observatory in Hilo as the Primary Mirror Control System engineer and before that was at the Royal Greenwich Observatory. For NOIRLab, he is responsible for the overall management and administration of Center Operations Services, including: safety, health, and environment; non-scientific (“outside the telescope enclosure”) facilities operations; and IT operations. Maclean will start in this position in June, based in Tucson for several months before relocating to La Serena for two years, after which he will return to Tucson. 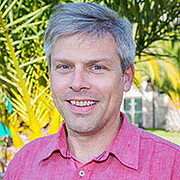 Before becoming ES director, Michiel van der Hoeven was the Head of Engineering Operations at Gemini South Observatory. He led a group of technical professionals in charge of operating and maintaining the Gemini 8-meter telescope, the instruments and all associated systems. Previously, van der Hoeven worked at the La Palma observatory where he was responsible for starting up the first scientific operations of the GRANTECAN, Spain’s 10-meter segmented telescope. Prior to that, he worked as an instrumentation/mechanical engineer at the Isaac Newton Group of Telescopes. 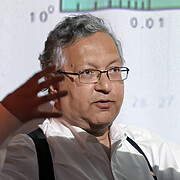 Abhijit Saha is an astronomer who has worked with AURA facilities since 1988, starting at Space Telescope Science Institute where he headed the User Support branch. He then moved to the National Optical Astronomy Observatory where he has been for the past two decades. Saha is one of the most widely recognized scientists at NOIRLab having made many outstanding contributions in observations of variable stars, Galactic structure, resolved stellar populations in Local Group galaxies, and the extragalactic distance scale. Saha also has a wealth of experience in telescope operations including as Interim Director of Kitt Peak National Observatory. He has played key roles in the WIYN operations and has served as the NOAO Large Synoptic Survey Telescope (now the Vera C. Rubin Observatory) Project Scientist, developing operations simulations. He contributed to the LSST science programs as lead of the Stellar Populations Science Collaboration, and co-initiated building the ANTARES event broker for time-domain alerts.