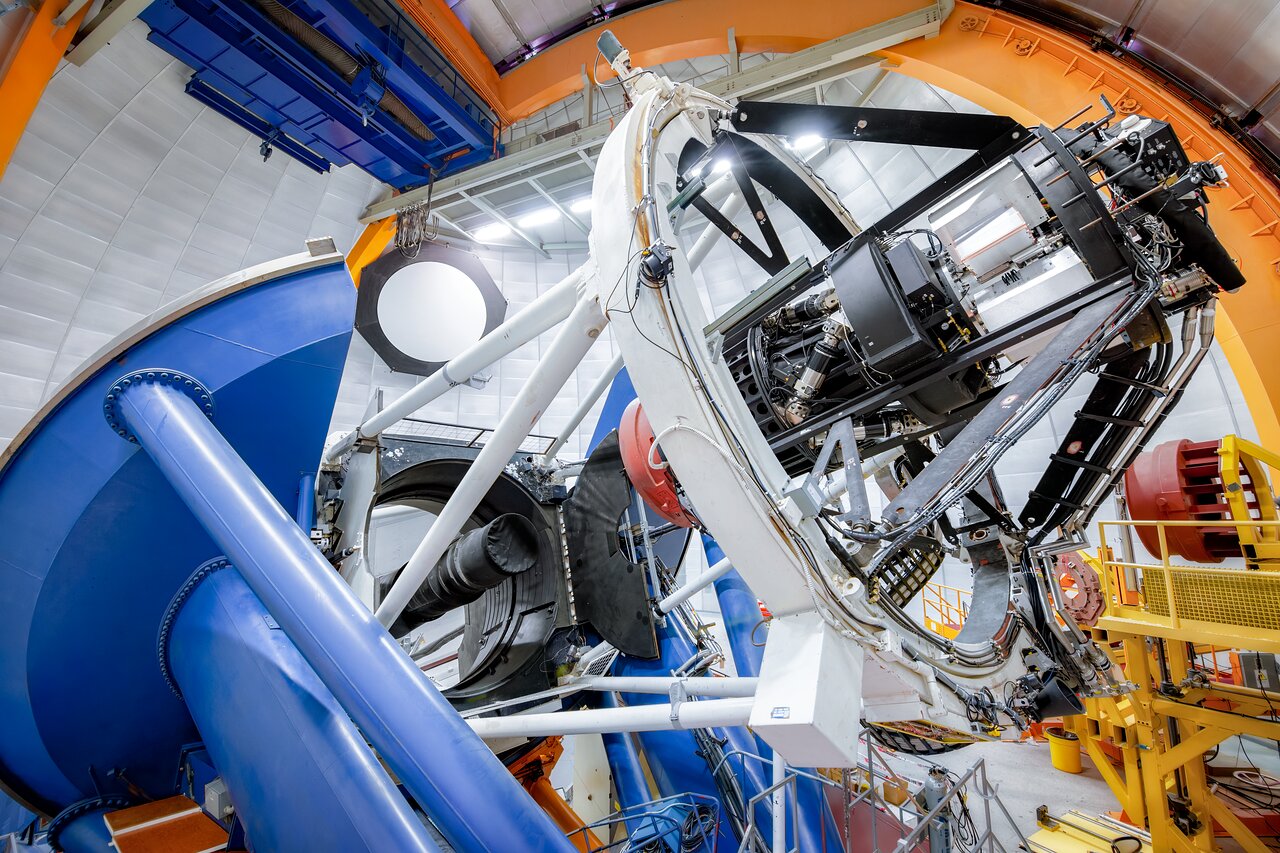 The Dark Energy Camera (DECam) is a high-performance, wide-field CCD imager mounted at the prime focus of the Víctor M. Blanco 4-meter Telescope at Cerro Tololo Inter-American Observatory. It boasts 62 science CCDs and 12 CCDs for guiding and focus, with 570 megapixels, and images a 3-square-degree field (2.2 degrees wide) at a resolution of 0.263 arcsecond per pixel. DECam is a facility instrument, available to all users. It was designed specifically for the Dark Energy Survey and was operated by the Department of Energy (DOE) and the National Science Foundation (NSF) between 2013 and 2019.

The major components are a five-element optical corrector, four filter slides, each holding two filters, a shutter, and a cryostat (“imager vessel”) holding the focal plane of 62 science CCD sensors, eight wavefront-sensing CCDs, four guide CCDs and pre-amplifiers. Four electronics crates are mounted around the imager vessel. The focal plane is cooled by a liquid nitrogen flow system with off-telescope regeneration and storage. The CCDs, imager vessel, shutter, filters and corrector are supported as a single unit by a hexapod that provides accurate adjustability in focus, lateral translations, tip, and tilt. This provides a real-time focus and alignment system to maintain high image quality. 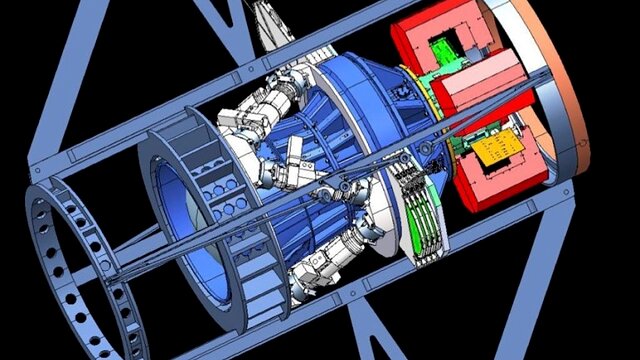