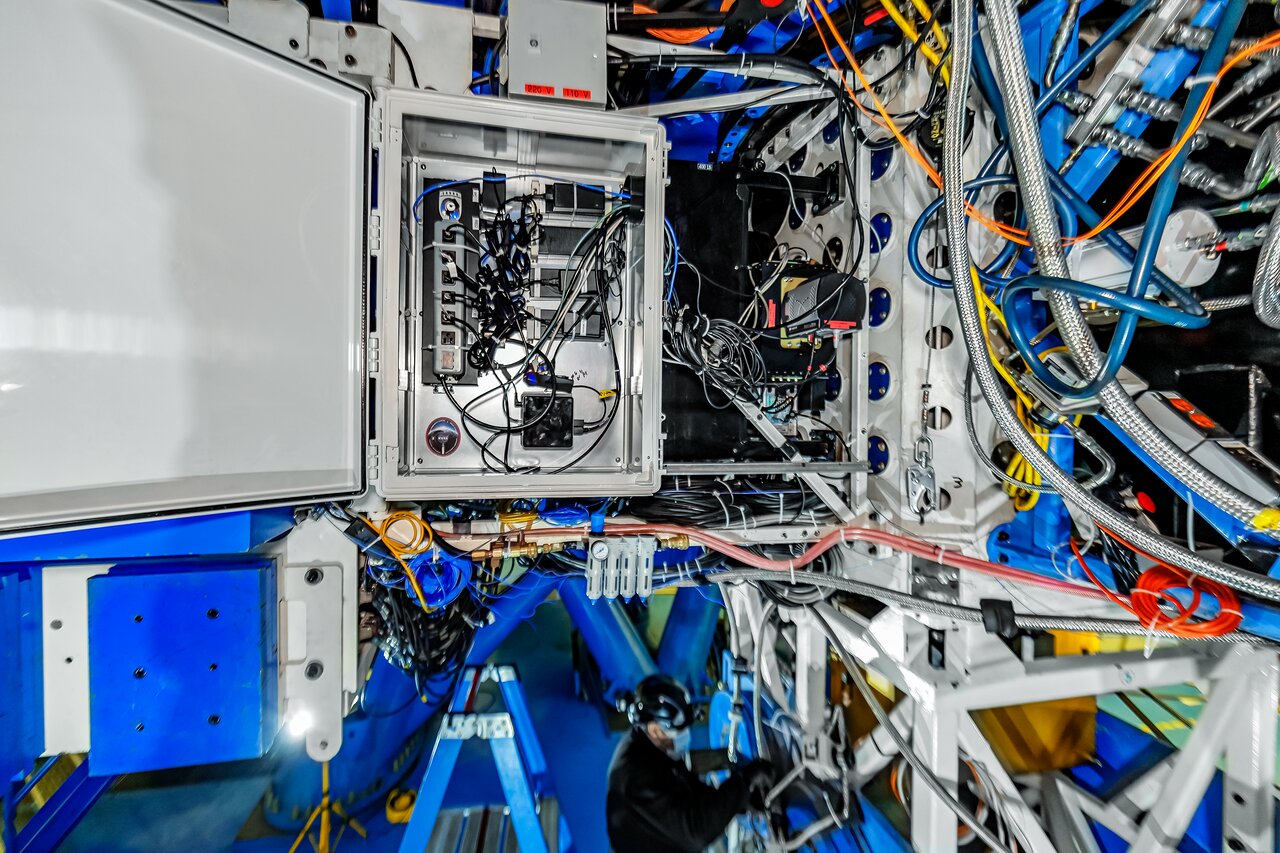 Zorro (the Spanish word for fox) is a fast, low-noise, dual-channel, and dual-plate-scale imager based on the legacy of the Differential Speckle Survey Instrument (DSSI). Zorro is permanently mounted on the calibration port at Gemini South. In speckle mode it provides simultaneous two-color diffraction-limited optical imaging of targets over a 6.7-arcsecond field of view. Its wide-field mode provides simultaneous two-color imaging in standard broadband filters over a 60-arcsecond field of view. Speckle imaging is a high-resolution astronomical imaging technique based on the analysis of large numbers of short exposures that freeze the variation of atmospheric turbulence. These techniques can dramatically increase the resolution of ground-based telescopes, but are usually limited to bright targets. Zorro can reach objects that are as faint as magnitude V ~ 17.

Zorro is the latest in a line of three speckle imagers built at NASA’s Ames Research Center for community use at the WIYN 3.5-meter Telescope, Gemini North telescope and Gemini South telescope. The three instruments are functionally similar and include the capability for wide-field imaging in addition to speckle interferometry. The diffraction-limited imaging available through speckle effectively eliminates distortions caused by Earth's atmosphere, ‘freezing out' changes in the atmosphere by taking extremely short exposures and combining the resultant speckles. The image improvements are obtained after the observation is complete using mathematical algorithms. This technique enables angular resolutions equal to the theoretical best possible for a given telescope, effectively giving space-based resolution from the ground. The instrument provides the highest spatial resolution available today on any single-aperture telescope. In addition to diffraction-limited speckle imaging it can perform extremely fast photometry down to 1 millisecond, in either a narrow speckle field of view of less than 10 arcseconds or a one-arcminute-wide field of view. 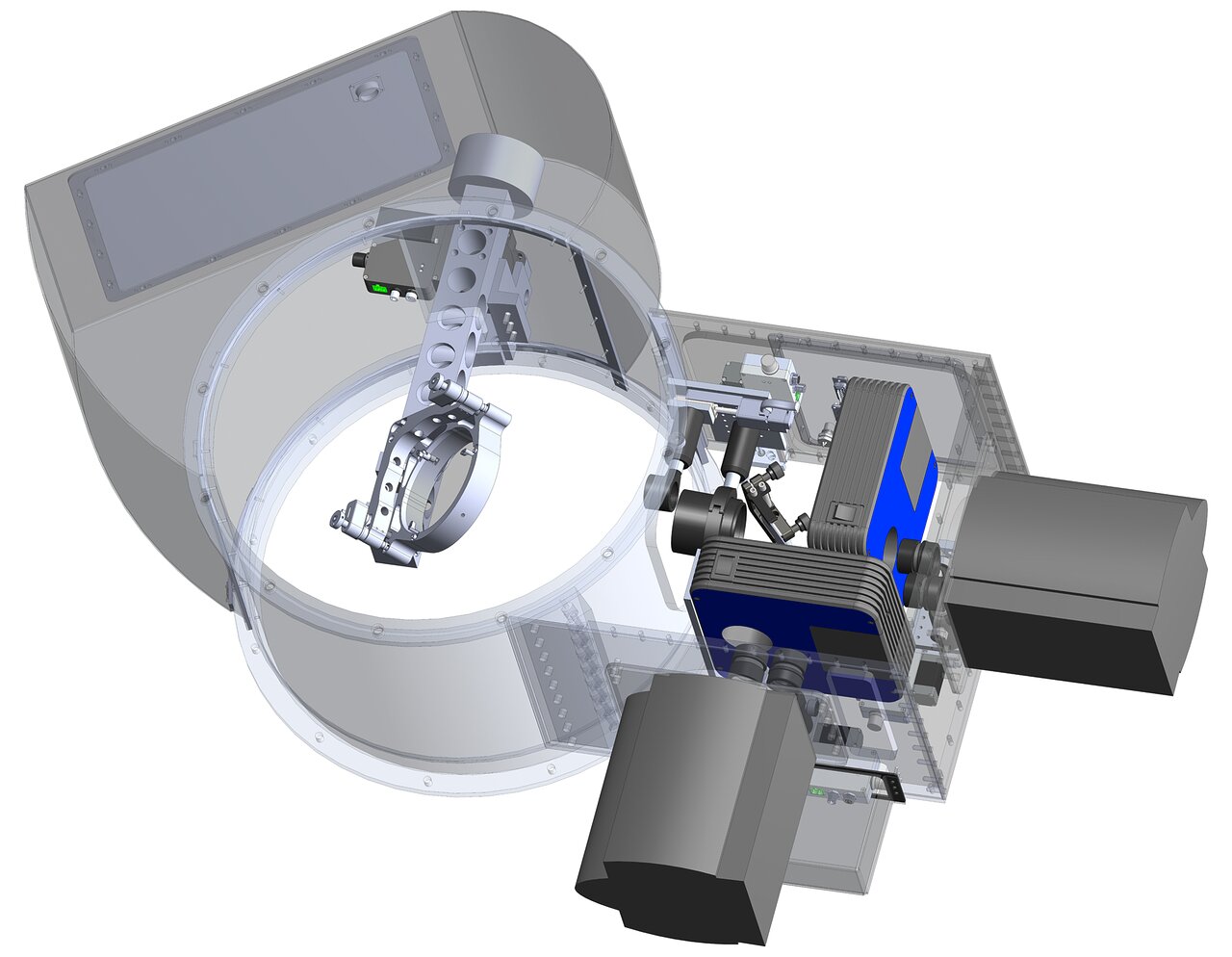 The design of Zorro. A pickoff mirror deflects the light coming from the tertiary mirror, redirecting it into Zorro. Inside Zorro, the light is split by a dichroic into red and blue channels to go to their respective cameras equipped with electron-multiplying CCDs (EMCCDs). Credit: N. Scott/NASA Ames 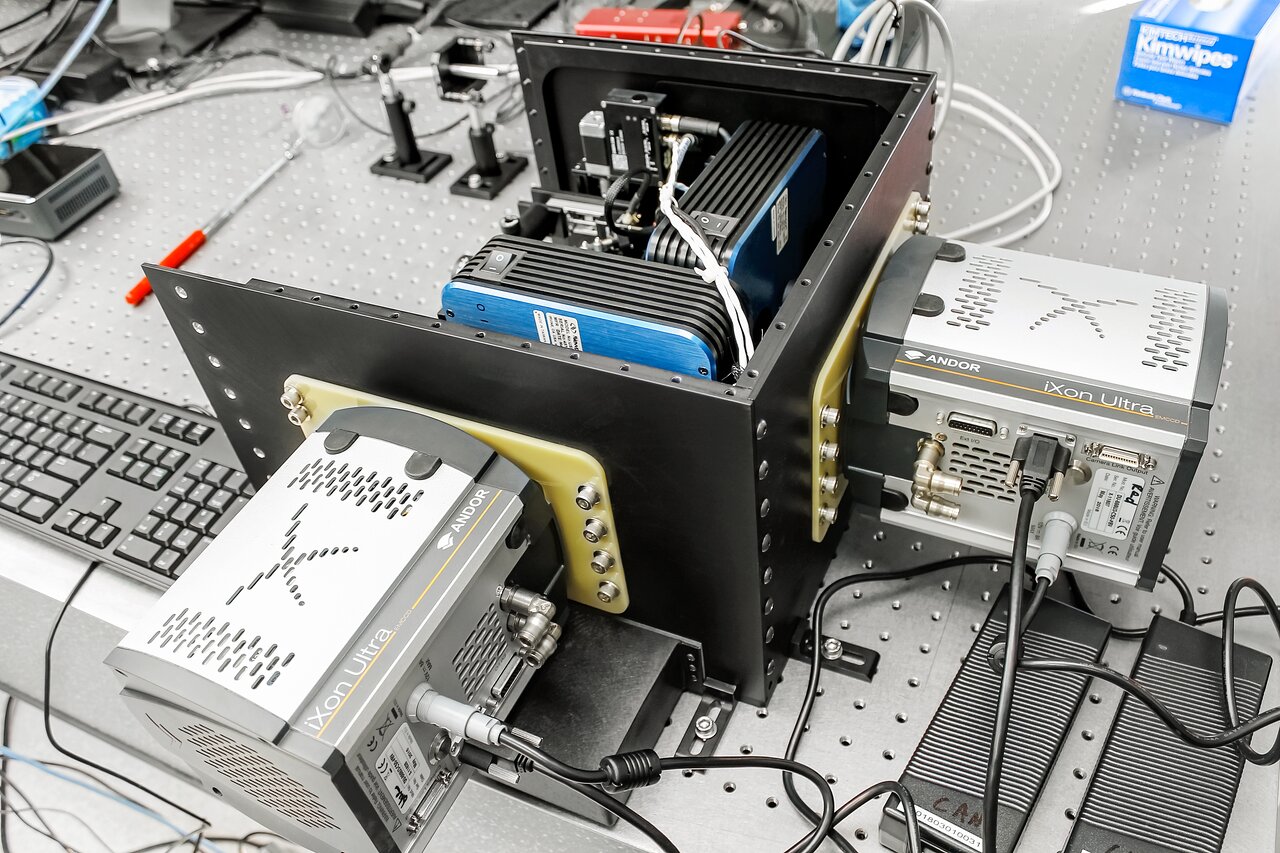 The Zorro CCD cameras during the process of the assembling of the instrument.