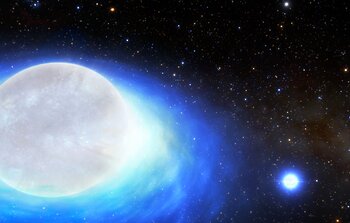 noirlab2303 — Science Release
First Kilonova Progenitor System Identified
1 February 2023: Astronomers using data from the SMARTS 1.5-meter Telescope at the Cerro Tololo Inter-American Observatory (CTIO), a Program of NSF's NOIRLab, have made the first confirmed detection of a star system that will one day form a kilonova — the ultra-powerful, gold-producing explosion created by merging neutron stars. These systems are so phenomenally rare that only about 10 such systems are thought to exist in the entire Milky Way.
Read more 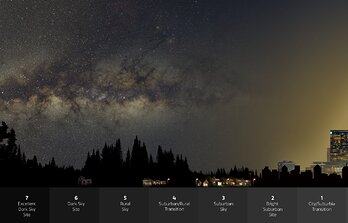 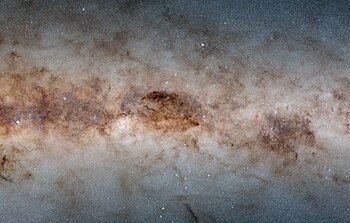 noirlab2301 — Organization Release
Billions of Celestial Objects Revealed in Gargantuan Survey of the Milky Way
18 January 2023: Astronomers have released a gargantuan survey of the galactic plane of the Milky Way. The new dataset contains a staggering 3.32 billion celestial objects — arguably the largest such catalog so far. The data for this unprecedented survey were taken with the Dark Energy Camera, built by the US Department of Energy, at the NSF’s Cerro Tololo Inter-American Observatory in Chile, a Program of NOIRLab.
Read more
Showing 1 to 3 of 3
Usage of NOIRLab Images and Videos
Are you a journalist? Subscribe to the NOIRLab Media Newsletter.