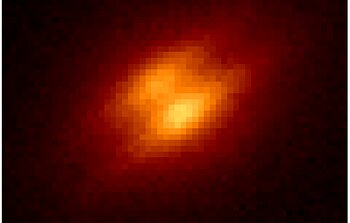 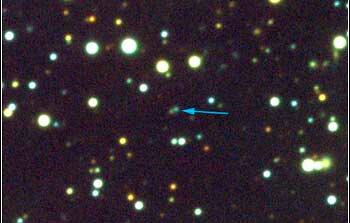 noaoann01001 — Announcement
Gamma Ray Burst
25 November 2001: The blue dot in the center of this image (highlighted by a blue arrow) is the optical light signature of Gamma Ray Burst 011121. It was taken with the National Science Foundation's Blanco 4-meter telescope at Cerro Tololo Inter-American Observatory in Chile on November 23. The reddish dot adjoining the transient gamma ray burst, at its lower left, is probably the core of the galaxy in which the gamma ray burst occurred.
Read more
Showing 1 to 2 of 2
Usage of NOIRLab Images and Videos
Are you a journalist? Subscribe to the NOIRLab Media Newsletter.