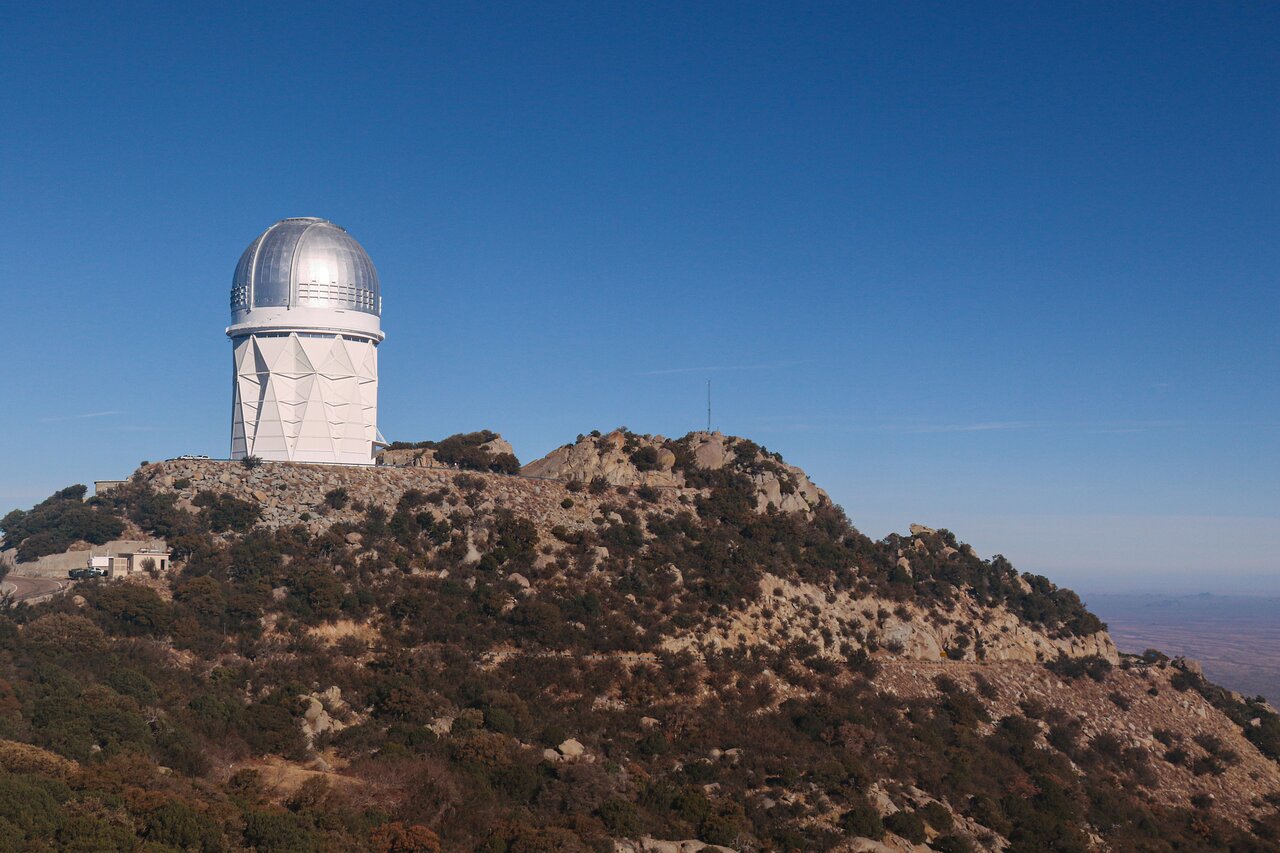 The Kitt Peak National Observatory is located on Kitt Peak of the Quinlan Mountains in the Arizona-Sonoran Desert on the Tohono O'odham Nation. With over twenty optical and two radio telescopes, it is one of the largest gatherings of astronomical instruments in the northern hemisphere.

The Nicholas U. Mayall 4-meter Telescope, named for the former Director of the Kitt Peak National Observatory, was the second-largest telescope by aperture at the time of its first light in 1973. The eighteen-story telescope, located just below the summit of Kitt Peak, can be seen from over fifty miles away. Today it is the largest at Kitt Peak National Observatory. The facility is well known for discovering methane ice on Pluto.

The Mayall telescope currently hosts the Dark Energy Spectroscopic Instrument (DESI), the most powerful multi-object survey spectrograph in the world. DESI is supported by the Department of Energy Office of Science. The DESI project and the operations of the survey are led by the Lawrence Berkeley National Laboratory.

For scientists: More details can be found on the science page.