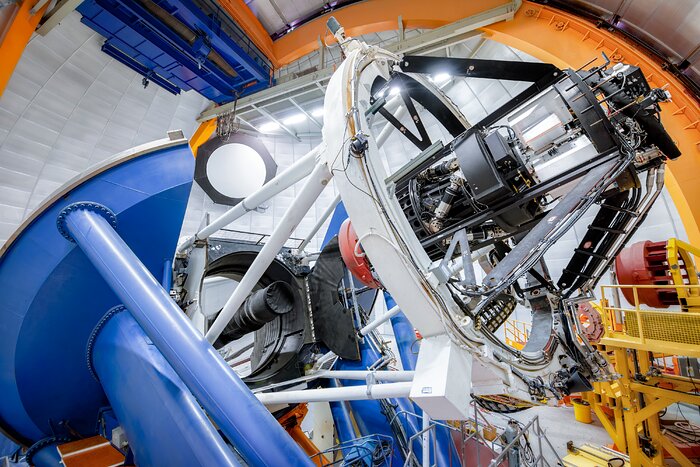 The Dark Energy Camera (DECam), fabricated by the Department of Energy (DOE), is mounted on the Víctor M. Blanco 4-meter Telescope at the Cerro Tololo Inter-American Observatory (CTIO) in north-central Chile. Telescope construction started in 1969 with the casting of the primary mirror. The assembly at the Cerro Tololo mountaintop was finished in 1974. Upon completion of construction it was the 3rd largest telescope in the world, behind the 200-inch Hale telescope at Palomar Observatory in California and the BTA-6 in southern Russia, and was the largest in the Southern Hemisphere (a title that it held for 22 years). It was later named in 1995 in honor of Víctor M. Blanco, Puerto Rican astronomer and former director of CTIO.