NOIRLab welcomes new study from the National Academies of Sciences, Engineering, and Medicine

NSF’s NOIRLab fully supports the scientific vision of Pathways to Discovery in Astronomy and Astrophysics for the 2020s and stands ready, along with our managing organization, AURA, to join our community in advocating for and contributing to the implementation of the survey’s recommendations. NOIRLab along with its partners are honored that the community has ranked the US Extremely Large Telescope Program as the highest ground-based priority in Pathways to Discovery.

The decadal survey on astronomy and astrophysics is a study carried out by the National Academies of Sciences, Engineering, and Medicine to identify the top science priorities in astronomy and astrophysics for the next decade. While the survey is sponsored by NASA, the National Science Foundation (NSF), and the Department of Energy (DOE), it is driven by input received from the US science community. For more than six decades, the decadal surveys have embodied a consensus vision for our field. [1]

As the foremost US organization for open-access nighttime optical astronomy, NSF’s NOIRLab and its managing organization, the Association of Universities for Research in Astronomy (AURA), fully support the scientific vision of Pathways to Discovery in Astronomy and Astrophysics for the 2020s, and join with our community to advocate for its recommendations and highest prioritized scientific goals: pathways to habitable worlds, new windows on the dynamic Universe, and unveiling the drivers of galaxy growth.

NOIRLab is a core partner of the US Extremely Large Telescope Program (US-ELTP). The goal of the program is for NOIRLab to provide all astronomers in the US with nationally funded full-sky observing access to the Giant Magellan Telescope in the southern hemisphere and the Thirty Meter Telescope in the northern hemisphere. The US-ELTP will enable collaborative, inclusive, and transformational research in nearly all areas of astrophysics — from understanding the fundamental nature of the Universe to searching for life on distant exoplanets.

We are honored that the community, via this decadal survey, has ranked the US Extremely Large Telescope Program (US-ELTP) as the highest ground-based priority in Pathways to Discovery. Read US-ELTP’s statement on Astro2020.

“NOIRLab is a national resource that aims to lead the world in data-intensive astronomy, drive exploration of the new frontier in time-domain astrophysics, and assist in the development of a national strategy for adaptive optics and astronomical instrumentation, said Patrick McCarthy, Director of NOIRLab. "NOIRLab is especially well placed to continue at the forefront of astronomical research.”

Part of NOIRLab’s mission is to provide all researchers with open access to world-class facilities for astronomical research, which includes the combination of telescopes and data archives. We concur with the finding of Pathways to Discovery that well supported data services and archives maximize scientific impact, and are essential for the inclusion of the broadest possible community of scientists in astronomical research. NOIRLab also supports the recommendation to develop a plan for software pipelines that deliver science-ready data products, and for making those data products widely accessible to the community.

"NOIRLab will provide a foundation for a diverse set of scientists to make full use of the future telescopes and new tools for discovery in the 2030s and beyond," said Beth Willman, Deputy Director of NOIRLab.

Pathways to Discovery clearly articulates that there is much work to be done to improve astronomy’s workforce diversity, and stop harassment and discrimination in the workplace. As a leader in the astronomical community, AURA/NOIRLab develops and support programs that advance our organizational commitment to broadening participation, and to encouraging diversity and inclusion throughout the astronomical scientific workforce.

NOIRLab also supports the Pathways to Discovery recommendation to work with representatives from local communities to establish a “Community Astronomy” model of engagement that respects, empowers, and benefits local and Indigenous communities near observatories.

We will work with community members to enhance our programs in alignment with decadal recommendations, promote sustainable practices to combat climate change, and coordinate with our partners in the preservation of dark and quiet skies. NOIRLab will continue its leading role in assessing and mitigating the impacts of satellite constellations on astronomy and on the human experience of the night sky.

NOIRLab congratulates the ngVLA and CMB-S4 teams with the outcome of the Astro2020 survey, and looks forward to working alongside them, the research community and NSF to provide astronomers with the advanced, multiwavelength suite of research tools needed to meet the challenges of 21st-century astrophysics.

We are thankful to the National Academies of Science, Engineering, and Medicine for leading the Pathways to Discovery decadal survey process, and especially to the members of the steering committee and panels for contributing their time to this visionary report.

[1] The astronomy and astrophysics decadal surveys have a rich history of driving technological innovation and expanding scientific boundaries in ground-based astronomy. For example, in 2010 the decadal survey recommended creating a new US center for ground-based night-time astronomy. As a result of that recommendation, NOIRLab was established and is managed by AURA. NOIRLab now unifies the international Gemini Observatory, Kitt Peak National Observatory, Cerro Tololo Inter-American Observatory, the Community Science and Data Center, and the Vera C. Rubin Observatory operations. (Rubin’s construction was also a 2010 decadal recommendation.)

PR Image noirlab2128a
NOIRLab and the Astro2020 Decadal Survey: Pathways to Discovery in Astronomy and Astrophysics for the 2020s 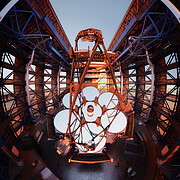 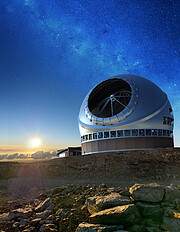 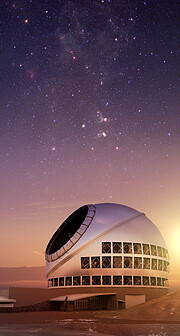 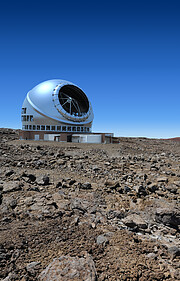