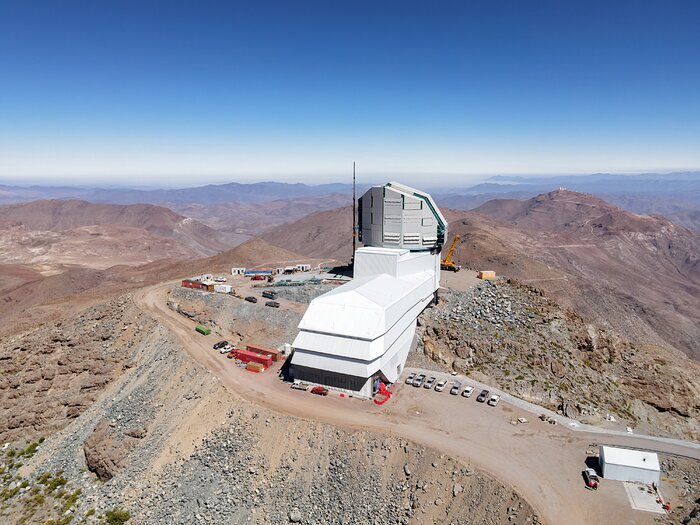 Vera C. Rubin Observatory basks under a cloudless sky in this image. The observatory is currently under construction atop Cerro Pachón in Chile. If you look closely, you can see a sliver of the teal-blue steel of the telescope structure within the nearly finished dome. Further sheets of the same blue steel are neatly stacked in the building site nearby. Beyond Cerro Pachón, the domes of Cerro Tololo Inter-American Observatory are visible on a nearby summit, and other ridges of the Andean foothills fade into blue in the distance.

When complete, Rubin Observatory will use its 8.4-meter telescope and 3200-megapixel camera to conduct an unprecedented, multi-color, decade-long survey of the optical sky called the Legacy Survey of Space and Time (LSST). The camera will be the largest ever constructed for astronomy and will weigh almost 2800 kilograms — more than a rhinoceros!