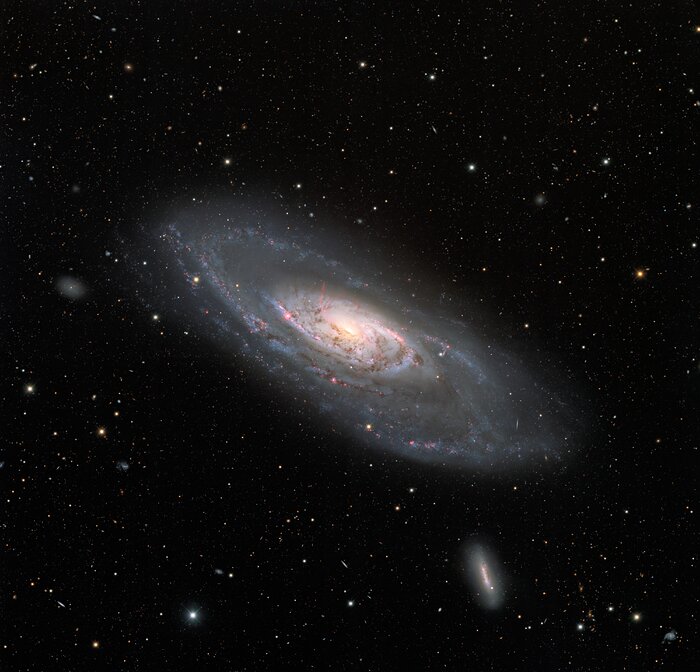 This image of the spiral galaxy Messier 106, or NGC 4258, was taken with the Nicholas U. Mayall 4-meter Telescope at Kitt Peak National Observatory, a Program of NSF’s NOIRLab. A popular target for amateur astronomers, Messier 106 can also be spotted with a small telescope in the constellation Canes Venatici. This view captures the entire galaxy, detailing the glowing spiral arms, wisps of gas, and dust lanes at the center of Messier 106 as well as the leisurely twisting bands of stars at the galaxy’s outer edges. Two dwarf galaxies also appear in the image: NGC 4248 is to the lower right of Messier 106, and UGC 7358 is the left of Messier 106.

Explore the details of these galaxies and even more background galaxies by diving into the zoomable version of this image.