Beginning to End of a Total Lunar Eclipse 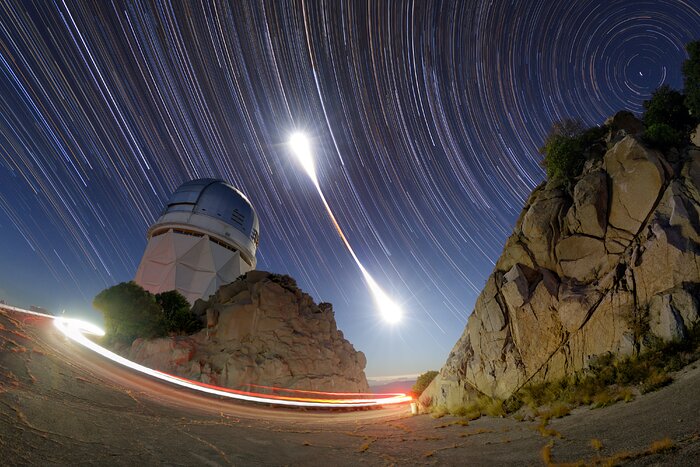 This still image combines hundreds of time-lapse exposures that capture the entirety of the 8 November 2022 total lunar eclipse above the Nicholas U. Mayall 4-meter Telescope at Kitt Peak National Observatory, a Program of NSF’s NOIRLab. Lunar eclipses occur when the Moon passes through the shadow of Earth. During a total lunar eclipse, when the whole Moon enters Earth’s shadow, our natural satellite is drenched in red. The period of totality is evident in this image by the red at the center of the lunar light ‘string.’ The other long streaks of light in the night sky are stars. These star trails form in the camera image as Earth turns. Polaris, the North Star, is the smallest trail in the top right corner of the image. On the ground, an observer drives down the hill, as revealed by the streak of their red tail lights, from the Mayall telescope.