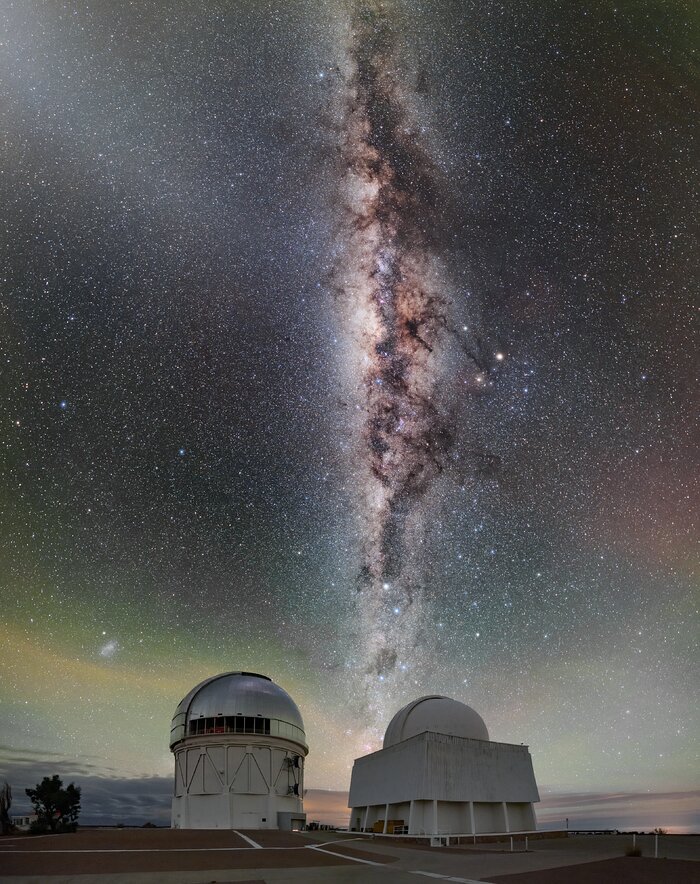 The dust-filled center of our Milky Way galaxy stretches up from the Víctor M. Blanco 4-meter Telescope and one of the SMARTS Consortium telescopes at Cerro Tololo Inter-American Observatory (CTIO) in this Image of the Week. CTIO, a Program of NSF’s NOIRLab, is located at 2200 meters (7200 feet) in the mountains of Chile. Far from major cities, the dark landscape provides American, Chilean, and international researchers clear views of the southern sky. The spectacular green colors in the sky are not due to the aurora borealis, but instead are due to a phenomenon known as airglow. Airglow is not an optical illusion, but a genuine light source that results from chemical reactions in Earth’s upper atmosphere. It is far too faint to be visible during the daytime, and in most human-inhabited places it is drowned out by light pollution. However, out in the Chilean desert, it is possible to detect it.