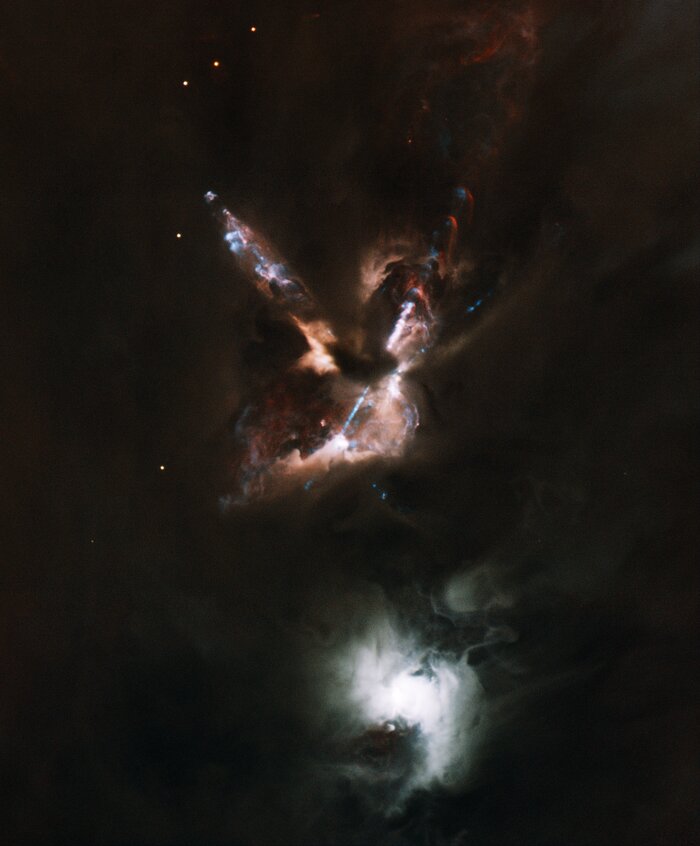 This Gemini North telescope image reveals no less than six gas jets emerging at supersonic speeds from the reddish Herbig-Haro 24 (HH 24) complex — a small cluster of young stars embedded in a molecular cloud some 1,300 light years distant in the constellation Orion. It is the most detailed image ever obtained from the ground of this remarkable region, which contains the highest concentration of jets known anywhere. One jet is highly disturbed, suggesting that the source may be a close binary whose orbit perturbs the jet body. This dynamic environment also may be responsible for expelling some of the lowest mass stars in the area. Most puzzling are the five very-low-mass protostars seen well outside the star-forming cloud core. As the gas is far too tenuous for the stars to have formed in their present locations, these orphaned protostars were most likely ejected shortly after birth from the core, which hosts a small multiple protostellar system known as SSV 63. Such ejections may occur when the crowded stars start moving around each other in a chaotic dance, ultimately leading to the ejection of the smallest ones. The bright nebulous star to the south is the visible T Tauri star SSV 59.