Astronomers believe they have for the first time glimpsed the remnants of one of the Universe’s first generation of stars, in the material surrounding a distant quasar observed by the Gemini Near-Infrared Spectrograph (GNIRS). The discovery could help complete our picture of how the elements we are made from came to exist.

The quasar that was studied in this paper is known as ULAS J1342+0928, and is among the oldest and most distant known quasars. The light that we observe from it today was emitted by it around 13.1 billion years ago – less than 690 million years after the Big Bang.

It may be difficult to imagine, but there was a time before stars, when the Universe was completely dark and the matter it contained was almost entirely hydrogen and helium. Then, around 180 million years after the Big Bang (according to current models), pockets of matter across the cosmos started to condense under their own gravity, and the first stars began lighting up the Universe.

Fusing hydrogen and helium into heavier elements, these stars set in motion the creation of the matter that we ourselves are made of. Imagine seeing one of these stars. It would be like coming face to face with an ancient ancestor, without whom you never would have existed. It’s a thrilling prospect, and a team of astronomers think they have just edged closer to it than ever before.

Yuzuru Yoshii and Timothy Beers, two co-authors of a new paper published in the Astrophysical Journal, have been hunting for the Universe’s earliest stars for decades. They first met during a summer visit to the Niels Bohr Institute in Copenhagen in 1995, when they were assigned the same office, and discovered they shared an interest in the first stars. Astronomers call these elusive objects “Population III” or “Pop III” stars, because there have been three different populations of stars, which they number backwards in time.

But how would you go about looking for an object that existed billions of years ago? The first approach astronomers took was to look for Pop III stars that have survived until today. According to theory, Pop III stars with low masses should have exceptionally long lifetimes and could therefore still be around. 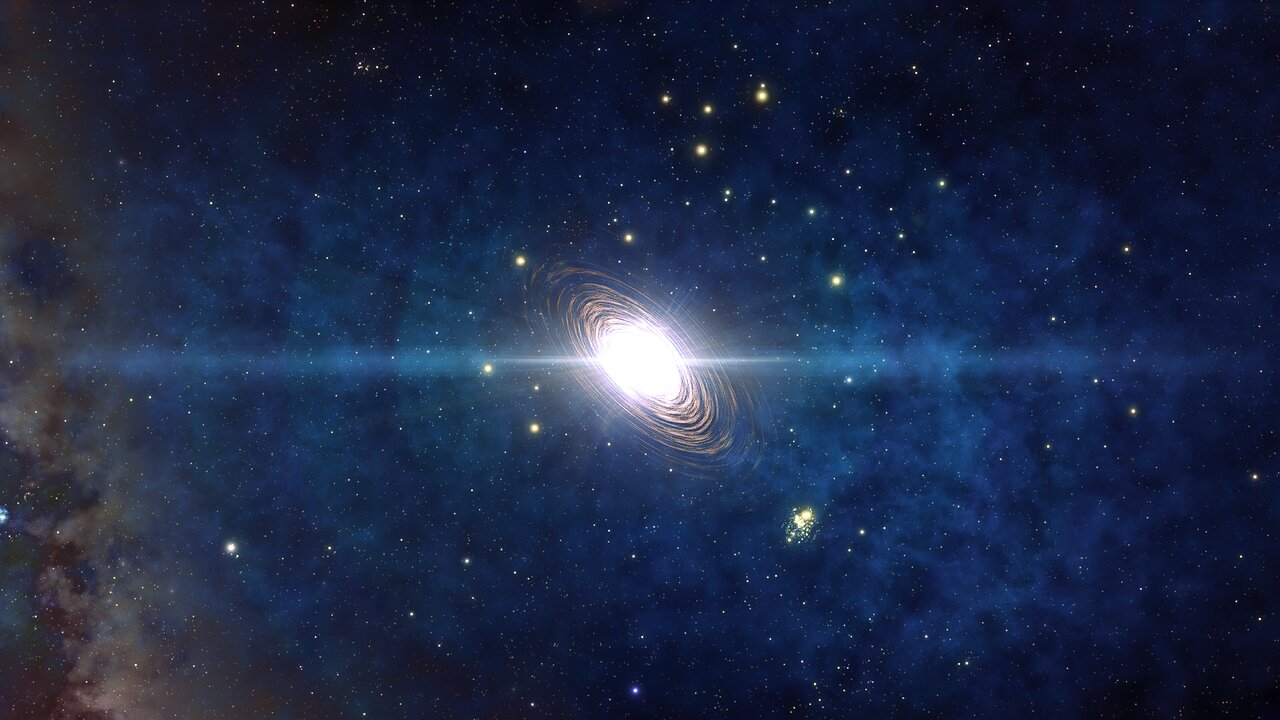 Artist’s impression of one of the first generation of stars – Pop III stars – that lit up the Universe
Credit: NOIRLab/NSF/AURA/J. da Silva/Spaceengine

Crucially, such objects should display zero heavy-element content, since they were formed from primordial matter soon after the Big Bang, before the Universe was enriched with heavy elements. In the 1990s, Beers was on the hunt for them, leading an intensive search for the stars with the lowest heavy-element content in the Milky Way. So after meeting Yoshii in Copenhagen, he kept in touch with news of what they were finding. However, no stars with zero heavy elements were ever spotted.

Yoshii points out that this does not mean they aren’t out there. His theoretical work has shown that their surfaces could become contaminated with material from their surroundings, meaning they might not look like they are free of heavy elements in observations. But it would be difficult to distinguish contaminated Pop III stars from regular second- or third-generation stars.

Fortunately, this wasn’t the only route to finding those earliest stellar ancestors. Pop III stars with much higher masses would have had relatively short lifetimes and would have exploded billions of years ago, enriching their surroundings with heavy elements. Astronomers have therefore also been searching for distinctive chemical signatures of high-mass Pop III explosions, hoping they would be imprinted on celestial objects that had swallowed the leftover material.

There has been at least one tentative identification of a star in the Milky Way that may bear the mark of a Pop III star that came before it (Aoki et al., 2014). However, Yoshii mentions that it’s very difficult to disentangle the sources of an object’s composition, because of the complex mixing of interstellar gas with material from different supernova explosions over time.

“I came to think it would be necessary to drastically change the conventional strategy for finding decisive observational evidence for Pop III stars,” he recalls.

Fortunately, nature has yet another lead for cosmic archaeologists. Since light takes time to travel across space, the light that reaches us from the very distant Universe was emitted a long time ago, so it reveals very ancient objects. These might bear more definitive signatures of high-mass Pop III explosions, since less mixing had taken place at the time they were formed.

Astronomers have been searching for distinctive chemical signatures of high-mass Pop III explosions, hoping they would be imprinted on celestial objects that had swallowed the leftover material.

For this reason, Yoshii has devoted the past two decades to building the University of Tokyo Atacama Observatory (TAO). TAO is an incredible 6.5-meter infrared telescope in the Atacama Desert in Chile, and at 5640 meters altitude (18,500 feet) the world’s highest-altitude observatory, capable of peering back in time to observe extremely distant quasars.

In 2020, however, construction of TAO was temporarily suspended because of the COVID-19 pandemic. That summer, with more time to spare, Yoshii came across an observation of one of the most distant known quasars (Onoue et al., 2020). It was a spectrum taken by the Gemini North telescope in Hawai‘i, using the Gemini Near-Infrared Spectrograph, and it showed the constituent wavelengths of the light coming from the clouds around the quasar.

Features at specific wavelengths in a spectrum can tell you which elements are present in an object, but it’s much more difficult to deduce the quantities of each one. This is because the brightness of a feature depends on many other factors besides the abundance of the element it indicates.

Incidentally, in 2017, Yoshii and Hiroaki Sameshima, co-author of the new paper, had developed an innovative method for translating the brightness of features in a spectrum into abundance estimates of elements in an object. They decided to apply this method to the quasar’s spectrum, and noticed a very odd feature; there was 10 times more iron (Fe) than magnesium (Mg) compared to the solar ratio of these elements.

It turns out that this conspicuously low [Mg/Fe] ratio is exactly what theory predicts would result from a so-called Pair Instability Supernova (PISN) explosion. This type of supernova has never been witnessed before, but it is thought to be the natural end of life for stars between 150 and 300 times the mass of the Sun.

PISN explosions happen when photons in the stellar core spontaneously turn into electron-positron pairs — a conversion of energy into matter and antimatter. This reduces the energy that the star has to hold itself up, allowing gravity to overcome it and leading to a collapse and an explosion.

“I was delighted (and somewhat surprised),” says Yoshii, “to find that a PISN of a star with a mass about 300 times that of the Sun provides a [Mg/Fe] ratio that agrees with the low value we derived for the quasar.”

Combined with the fact that the quasar formed so early in the Universe’s history, this striking feature hinted that the material surrounding the quasar could be the remnants of a PISN explosion by a first-generation star. If true, the discovery is astronomers’ first evidence for this exotic type of supernova. Yoshii was careful to consider other explanations, but concluded that a Pop III PISN explosion was the most likely.

It turns out that this conspicuously low [Mg/Fe] ratio is exactly what theory predicts would result from a so-called Pair Instability Supernova (PISN) explosion – a type of supernova that has never been witnessed before.

“I needed a long time to examine various alternatives and convince myself and my co-authors that a Pop III PISN is the most reasonable interpretation,” he comments. “Ironically, without the emergence of COVID-19, I would never have had the time to do this.”

Yoshii and Beers note that many more similar observations will be needed to verify the result for certain. “The laws of physics are the same everywhere and everywhen,” says Beers. “With the exception of the Big Bang, if nature does something once, then it has likely done it billions of times.”

It is excellent timing, then, that the James Webb Space Telescope is now in orbit and getting started on its science missions. Webb will discover many more distant quasars, and data on their spectra will help to confirm or refute how common this low [Mg/Fe] ratio is.

Here on the ground, Yoshii and Beers are continuing to seek more evidence too. The TAO observatory led by Yoshii will be completed in around a year, and will search intensively for ancient quasars to analyze.

Beers, meanwhile, is involved in a different method — photometric surveys. “With spectroscopy, you have to do a selection of which objects you want to look at,” he explains. “In photometry, we now have calibrated techniques with narrow-band filters that can measure iron and magnesium, or something proportional to them. So all we have to do is take pictures of the sky with the right filters to identify the targets that might be interesting.” 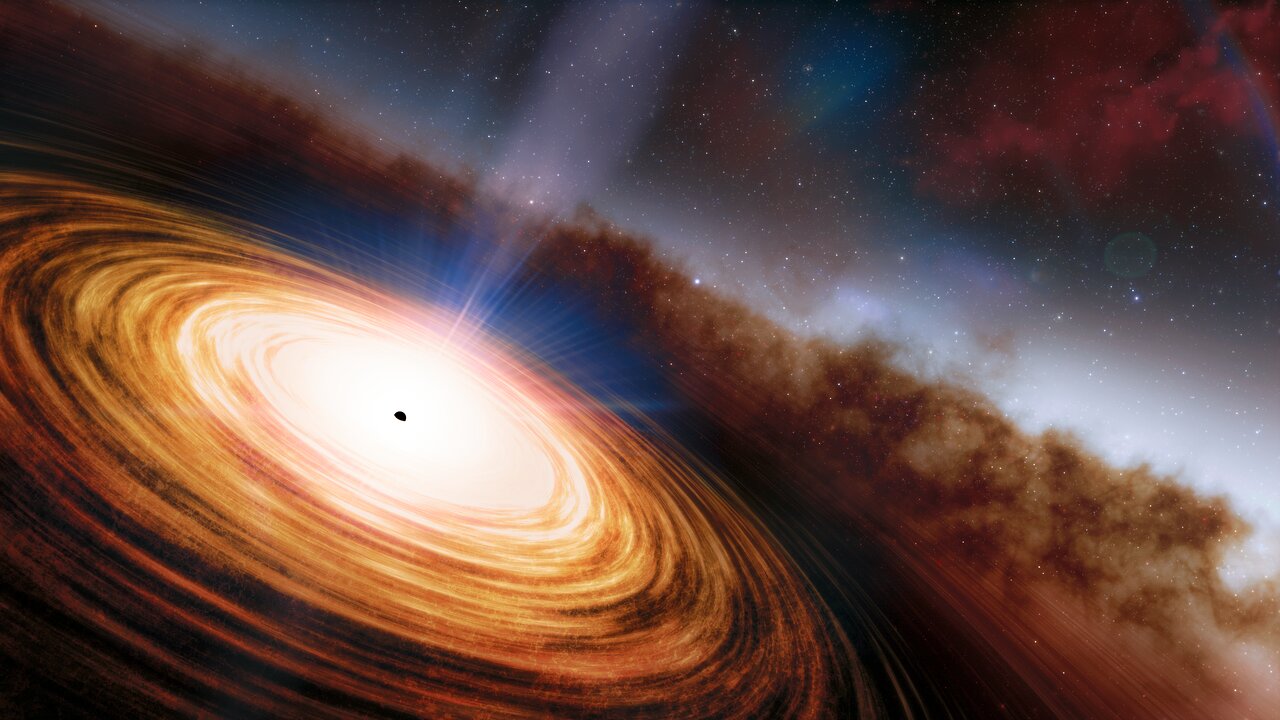 Artist’s impression of a distant quasar and the material surrounding it, which could have swallowed the remains of a Pop III star
Credit: NOIRLab/NSF/AURA/J. da Silva/Spaceengine

If this discovery helps to fill in our picture of stars, then it will also help us understand our own existence. “We’re studying the very beginning of the material we are all made of,” says Beers. “We can point to almost all 92 naturally occurring elements and tell a plausible story of how they physically came to be, but the details can get complicated. Today we have a whole book of beginnings. We have chapter titles and a number of paragraphs. Now we’re trying to fill in the rest of the text.” 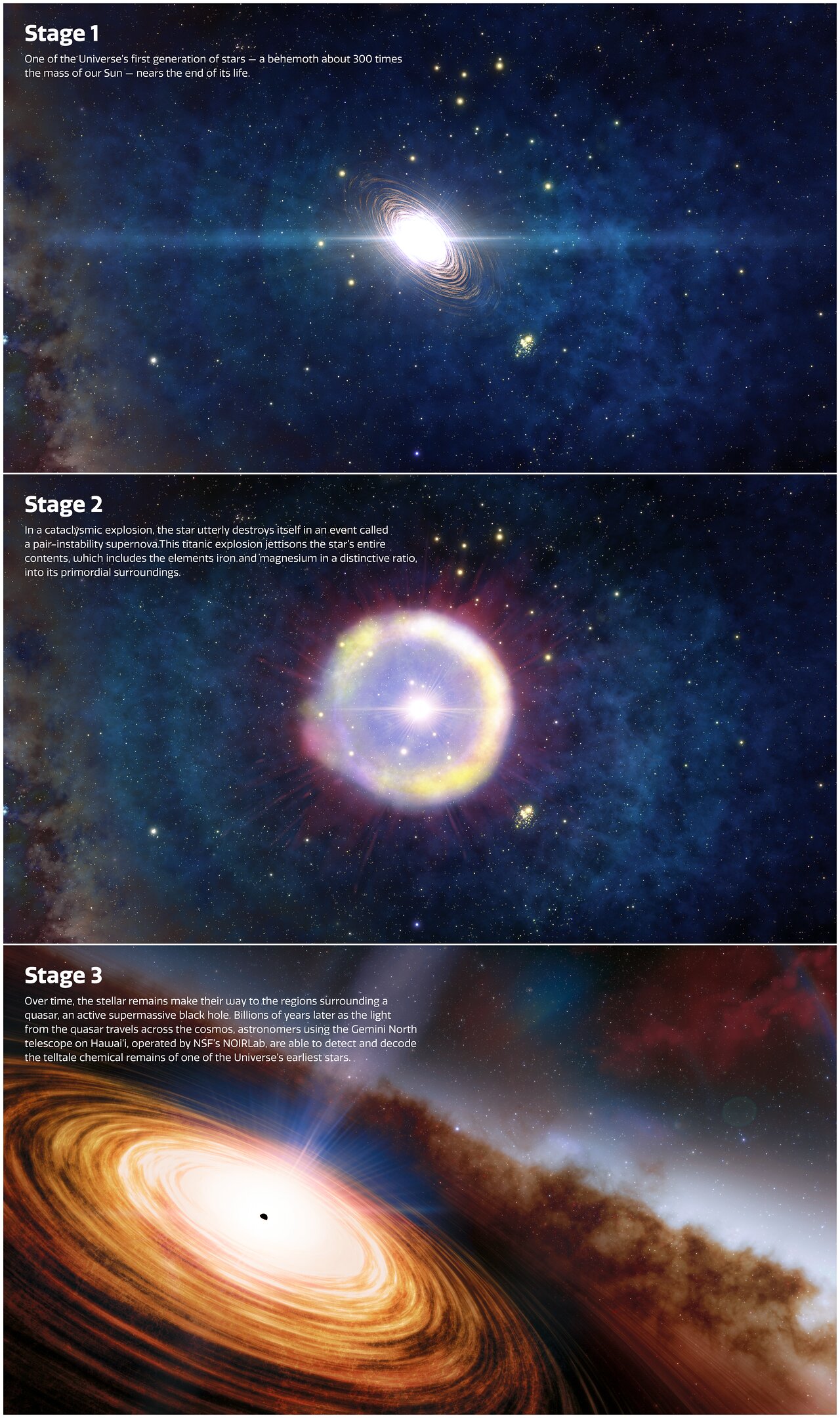 A timeline of how the leftover material from an ancient Pop III star could end up in the material around a quasar – and how we can now detect it
Credit: NOIRLab/NSF/AURA/J. da Silva/Spaceengine

Laura Hiscott
Laura is a freelance science writer based in Bristol, UK. She has a background in physics and enjoys writing about astronomy and astrophysics.
Science Snippets