Quasar May Hold the Chemical Fingerprint of a Population III Star 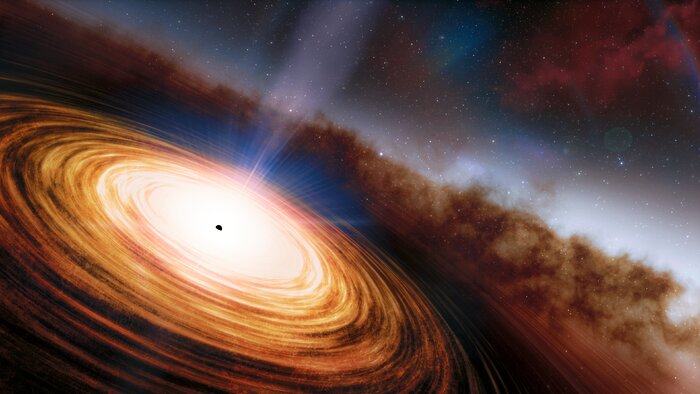 Astronomers may have discovered the ancient chemical remains of the first stars to light up the Universe. Using an innovative analysis of a distant quasar observed by the 8.1-meter Gemini North telescope on Hawai‘i, operated by NSF’s NOIRLab, the scientists found an unusual ratio of elements that, they argue, could only come from the debris produced by the all-consuming explosion of a 300-solar-mass first-generation star.