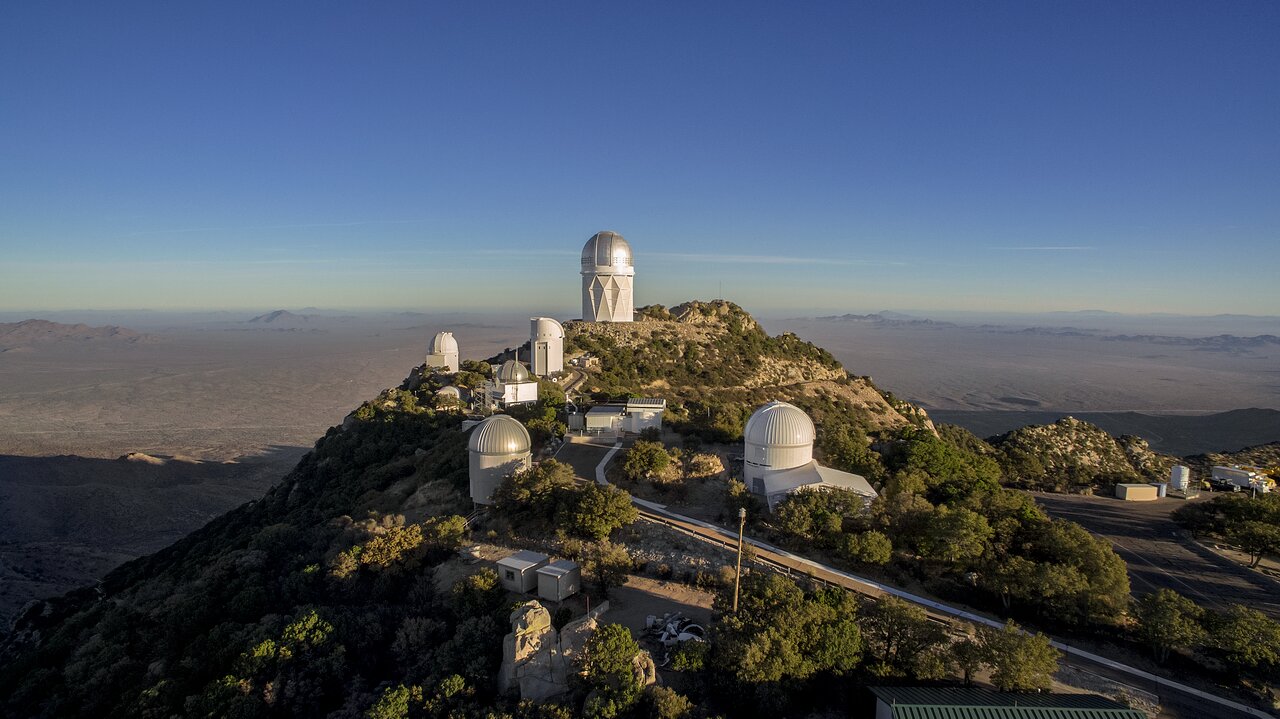 We are currently not hosting visitors to our summit or base facilities until at least the end of May 2021.

Founded in 1958, Kitt Peak National Observatory is home to one of the largest arrays of optical and radio telescopes in the world.

Kitt Peak National Observatory (KPNO) is a program of the NOIRLab. KPNO operates the 4-m Nicholas U. Mayall Telescope on behalf of the Dark Energy Spectroscopic Instrument (DESI) survey (a Department of Energy Office of Science-led project) and the 3.5-m WIYN Telescope (a partnership between the Indiana University, the University of Wisconsin, Pennsylvania State University, the University of Missouri-Columbia, Purdue University, the NSF and NASA) and hosts the facilities of consortia which operate between them more than a dozen optical telescopes and two radio telescopes (see the Tenant Observatories list).

KPNO is located 90 km (56 miles) southwest of Tucson, AZ, at an altitude of 2096 m (6877 ft) in the Schuk Toak District on the Tohono O’odham Nation and has a Visitor Center open daily and nightly to the public, offering daytime guided tours and a variety of evening stargazing programs.

The astronomical community is honored to have the opportunity to conduct astronomical research on Iolkam Du’ag (Kitt Peak) in Arizona. NOIRLab recognizes and acknowledges the very significant cultural role and reverence that this site has to the Tohono O’odham Nation.

KPNO is a Program of NSF’s NOIRLab, which is managed by the Association of Universities for Research in Astronomy (AURA) under a cooperative agreement with the National Science Foundation.