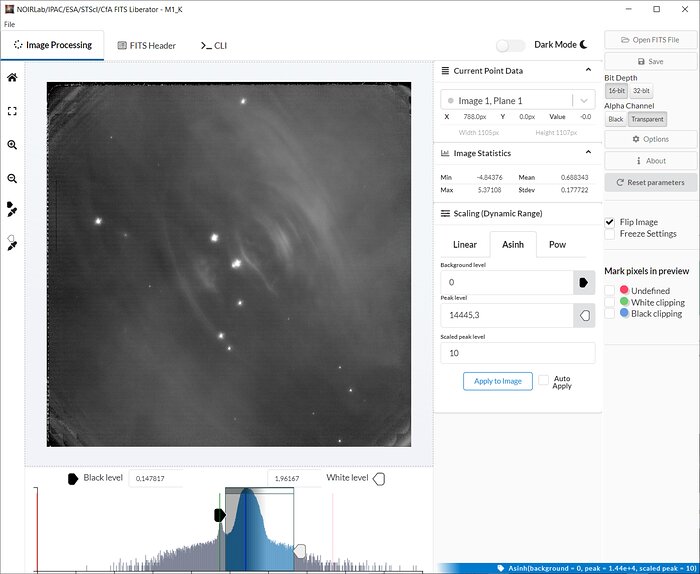 The release of version 4 of the popular NOIRLab/IPAC/ESA/STScI/CfA FITS Liberator image processing software has meant that it is even easier and faster to create color images using raw observations from a range of telescopes, including Gemini at NSF’s NOIRLab, NASA’s Spizer Space Telescope, NASA/ESA Hubble Space Telescope, Chandra X-ray Observatory, the NASA/ESA/CSA James Webb Space Telescopes or the telescopes at Kitt Peak National Observatory or Cerro Tololo Inter-American Observatory.

The new FITS Liberator has been revamped using modern libraries for fast processing and a smooth graphic interface with a new look and now including a very useful command line interface.

To sustain the future development of the software the entire source code, is being released as open source, and anyone wishing to contribute to future versions of the programme may do so.

Binaries for each operating system can be downloaded from NORLab Applications Archive, you will find the installers for Windows, MacOSX and Linux. Command line interface is included with the installed version.

Download the installer for Windows, just double-click over the exe downloaded file

The installation process is very straightforward and you will get the software running after the install process finished. 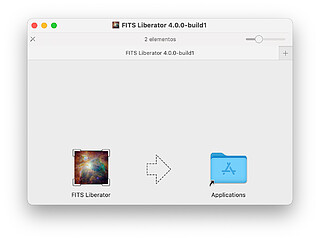 Just drag the FL4 Icon to the Applications folder and drop it.

Installing on Linux (Ubuntu and Debian)

Download the deb package, you will need to install the required libraries, libvips and cfitsio using the commands:

Note: Some versions require the use of the “universe” repository before installing libvips.

The team that produced the NOIRLab/IPAC/ESA/STScI/CfA FITS Liberator 4 consists of:

FITS is an abbreviation for Flexible Image Transport System and has been a standard since 1982 and is recognized by the International Astronomical Union.

We kindly ask users to acknowledge the use of this plug-in in publicly accessible products (web, articles, books etc.) with the following statement: "This image was created with the help of the NOIRLab/IPAC/ESA/STScI/CfA FITS Liberator".