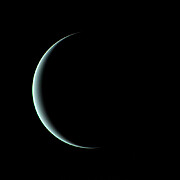 PR Image gemini1802a
What Do Uranus’s Cloud Tops Have in Common With Rotten Eggs?