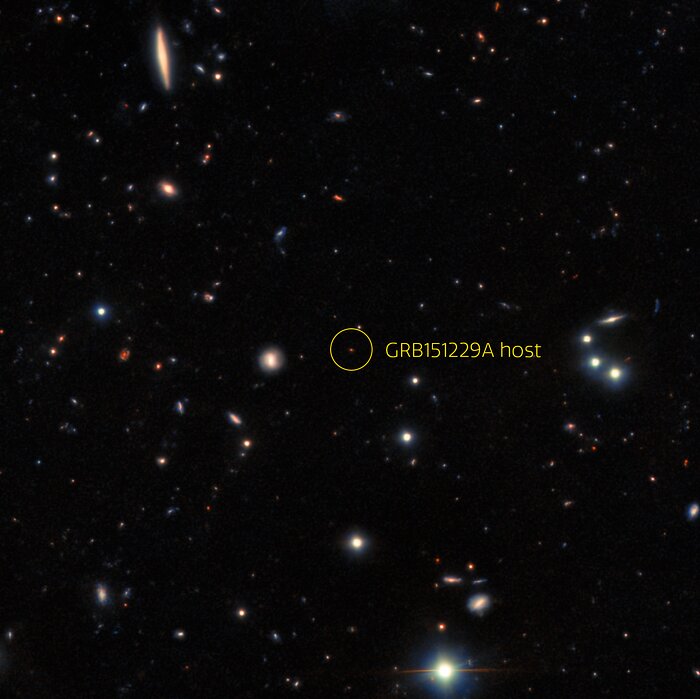 This image captured by the Gemini North telescope reveals the previously unrecognized galactic home of the gamma-ray burst identified as GRB 151229A. Astronomers calculate that this burst, which lies in the direction of the constellation Capricornus, occurred approximately 9 billion years ago.