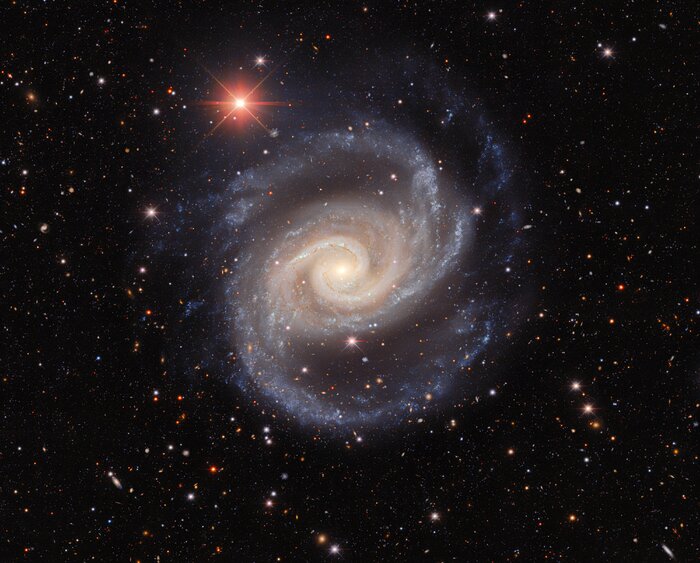 This image, taken by astronomers using the US Department of Energy-fabricated Dark Energy Camera on the Víctor M. Blanco 4-meter Telescope at Cerro Tololo Inter-American Observatory, a Program of NSF’s NOIRLab, captures the galaxy NGC 1566 as it twirls, flinging its arms through the vastness of space. Colloquially nicknamed the Spanish Dancer, this spiral galaxy is often studied by astronomers learning about galaxy groups, stars of different ages, and galactic black holes.