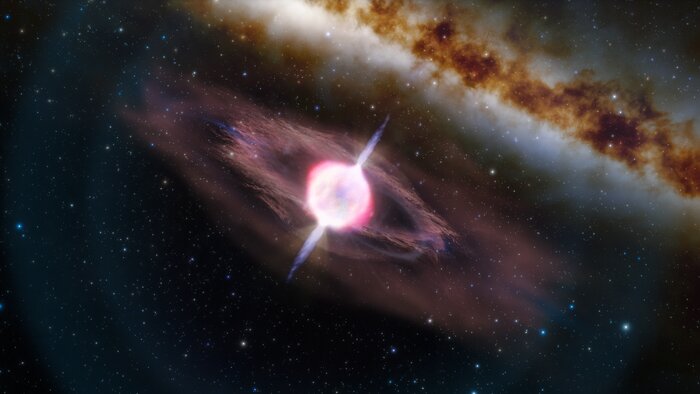 This illustration depicts a collapsing star that is producing two short gamma-ray jets. Just before a massive, collapsing star explodes as a supernova, we often observe a gamma-ray burst (a brief explosion of gamma-ray radiation) if the jets are pointed toward Earth. Most known supernova-produced gamma-ray bursts are “long” (lasting more than two seconds), but one called GRB 200826 was “short” (lasting just 0.6 second). Astronomers think this, and possibly other short supernova-produced gamma-ray bursts, appeared short because the jets of gamma rays aren’t strong enough to completely escape the star. This would produce jets that are shorter in both length and duration.