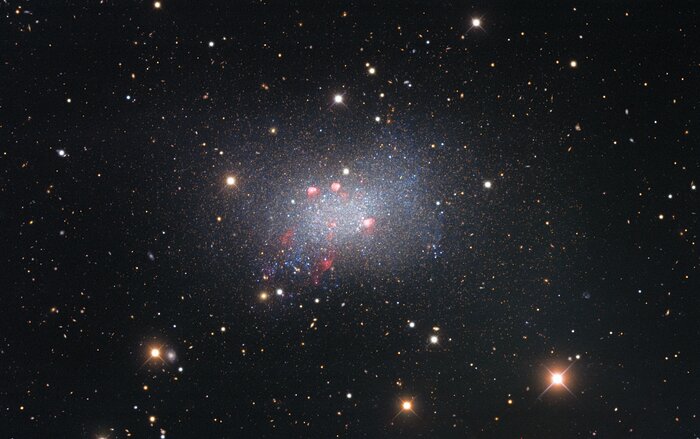 Sextans B is an irregular dwarf galaxy, meaning that it is irregularly shaped and smaller than our galaxy, the Milky Way. It lies around 4.5 million light-years from Earth and is located in the constellation Sextans in the southern sky. Captured with the Nicholas U. Mayall 4-meter Telescope, this image of Sextans B features red-colored star-forming regions near the galaxy’s center. Surrounding the galaxy are several bright stars that are located much closer to us in our galaxy, identified by the crisscross patterns created by light interacting with the structure of the telescope, as well as numerous fuzzy-looking background galaxies that appear small because they are much farther away than Sextans B.