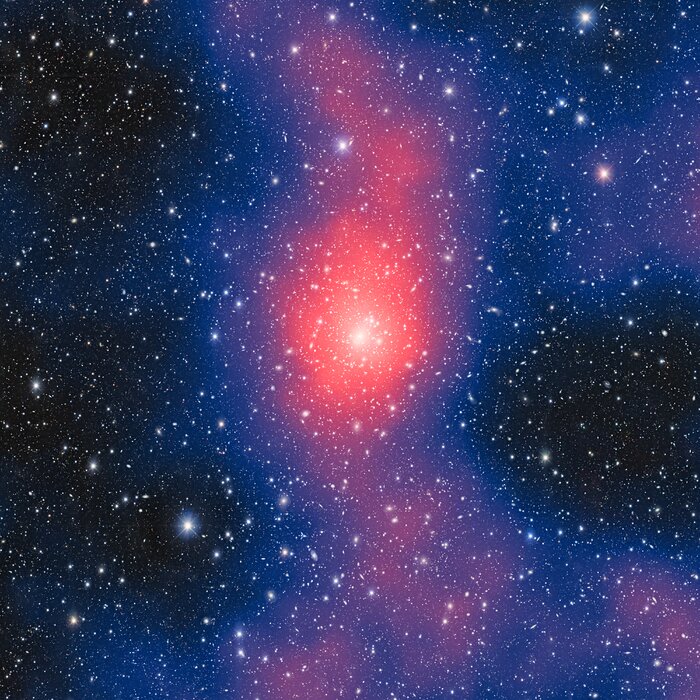 Using the Dark Energy Camera at Cerro Tololo Inter-American Observatory, a Program of NSF’s NOIRLab, astronomers are measuring weak gravitational lensing to map the distribution of mass in nearby galaxy clusters. As well as producing remarkable images like this one, the information will shed light on the relationships between the constituent parts of nearby galaxy clusters, such as gas, stellar populations, and dark matter.

The galaxy cluster Abell 3827 is the subject of this striking image. In addition to featuring a field of galaxies and foreground stars, the image is overlaid with a map with hues of red, blue and purple. Though they are attractive, these colors aren’t for decoration — they represent the distribution of mass in the heart of Abell 3827 with red showing the largest mass concentration.