NOIRLab releases best view yet of a neighboring dwarf galaxy 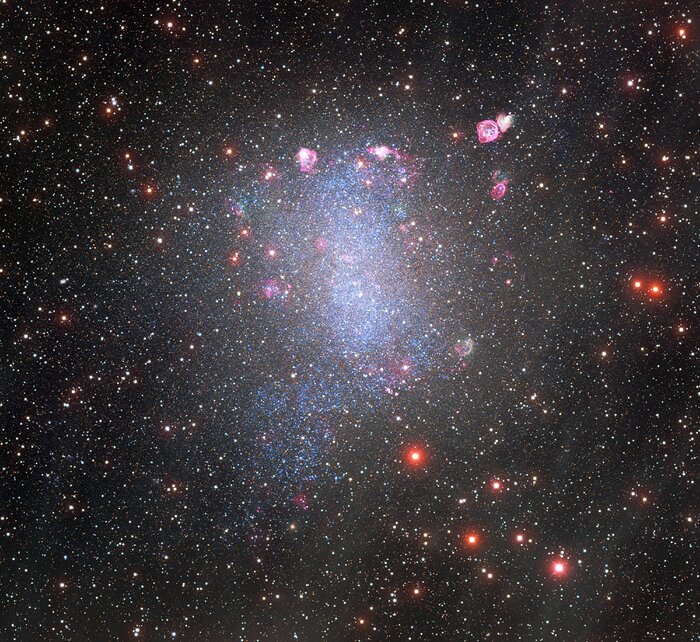 Barnard’s Galaxy, a dwarf galaxy neighboring the Milky Way, is revealed in this stunning image from the Víctor M. Blanco 4-m Telescope at the Cerro Tololo Inter-American Observatory, operated by NSF’s NOIRLab. The image reveals regions of intense star formation and a scattering of immense cosmic bubbles. Despite its small size, the galaxy contains some spellbinding cosmic objects. Glowing red regions of star formation are scattered throughout Barnard’s Galaxy and indicate that incandescent star birth is widespread. Several other regions are well known in their own right and have been well studied since they were first detected by Edwin Hubble in 1925.