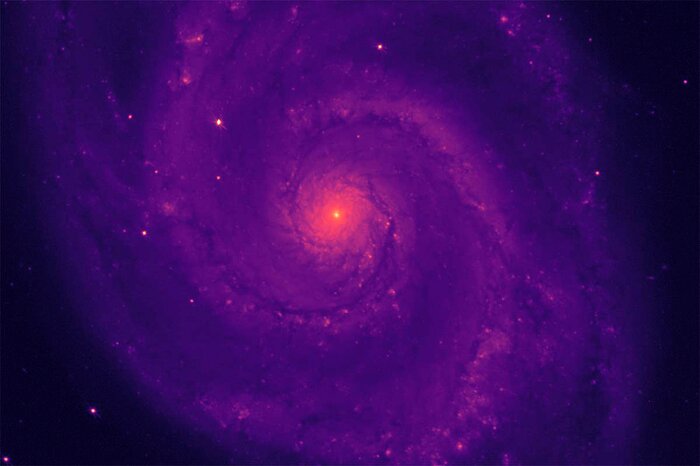 On April 1, the Mayall telescope at Kitt Peak emerged from hibernation—its dome reopened to the night sky, and starlight poured through the six large lenses of its powerful new research tool: the Dark Energy Spectroscopic Instrument (DESI). Early next year, DESI will begin the greatest cosmic cartography experiment attempted to date, surveying 40 million galaxies and quasars out to a distance of 10 billion light years, and 10 million stars in our Galaxy. DESI's commissioning camera captured this image of the Whirlpool Galaxy, a.k.a. M51.