Star Sends Clues to its Demise Hours Before its Death 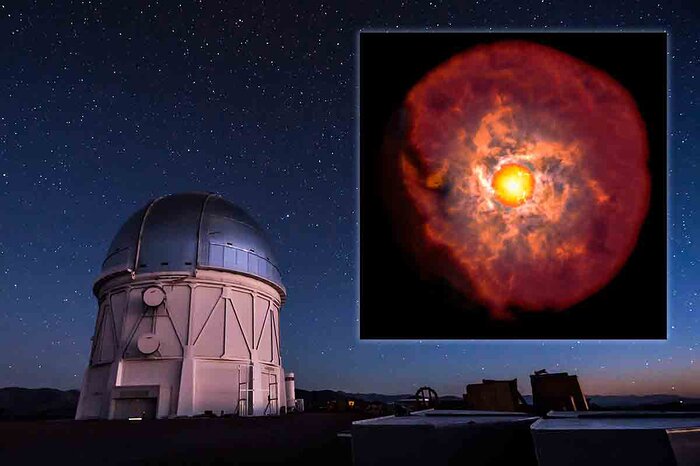 A research team has discovered that supernovae generated by red supergiants are often preceded by a bright flash, created when expanding gas from the supernova collides with a dense stellar wind launched by the star just before it explodes. To make their discovery, the team studied stars at the time of explosion, by scanning the skies rapidly for 14 nights using DECam on the NSF’s CTIO Blanco telescope. The result has been published in Nature Astronomy.