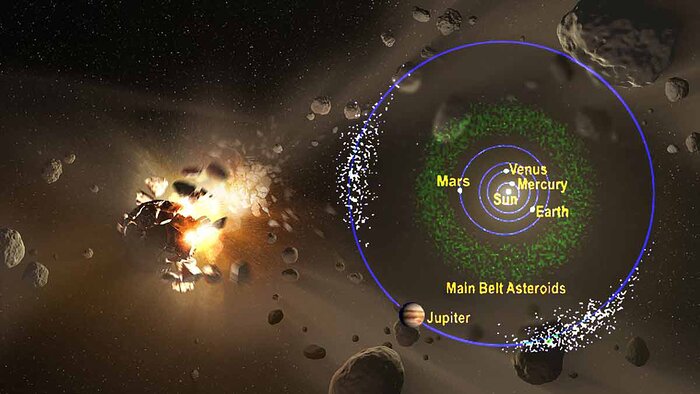 The millions of asteroids in the Solar System are thought to be the shattered remains of colliding planetesimals, the large rocky bodies that were the building blocks of the planets. New results suggest that most, if not all, of the known asteroids originate from only a few “common ancestors”, i.e., a small number of very large planetesimals. The study, published in Nature Astronomy, was carried out by a team that includes NOAO astronomer Dan Li.