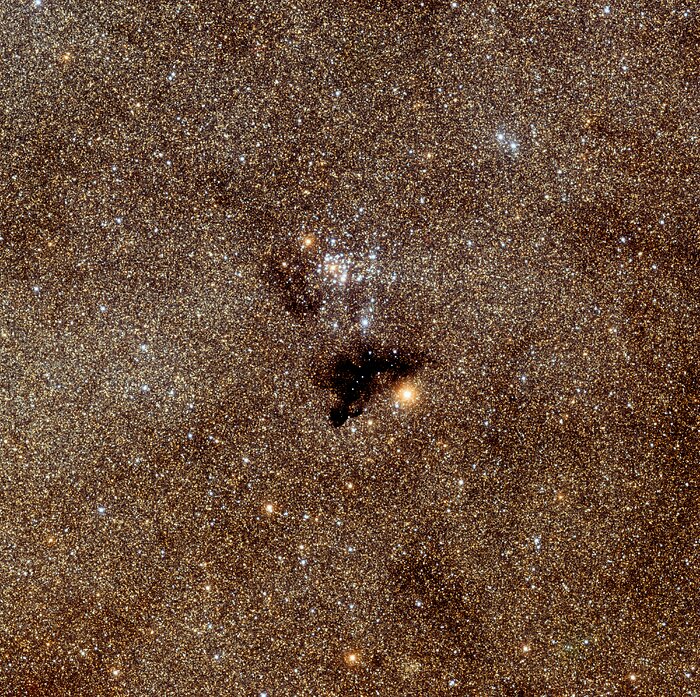 An image of the open star cluster NGC 6520 and nearby dust cloud Barnard 86, in the constellation Sagittarius, one of the densest parts of our Galaxy. This image was taken on June 24th, 2007 at the NSF's Blanco 4-m telescope in CTIO, with B (blue), V (green) , I (orange) and H-alpha (red) filters. The bright young stars of this star cluster, which probably formed out of gas related to the nearby dust cloud, stand out in contrast to the background of older stars of the bulge of our Galaxy. This image was released during the 100 Hours of Astronomy webcast, "Around the World in 80 Telescopes" held from April 3-4, 2009, during the International Year of Astronomy 2009. View the recorded event from CTIO. See also this image of the Medusa Nebula from KPNO, which was also released during the webcast.