Supernova 1998bu in the nearby spiral galaxy 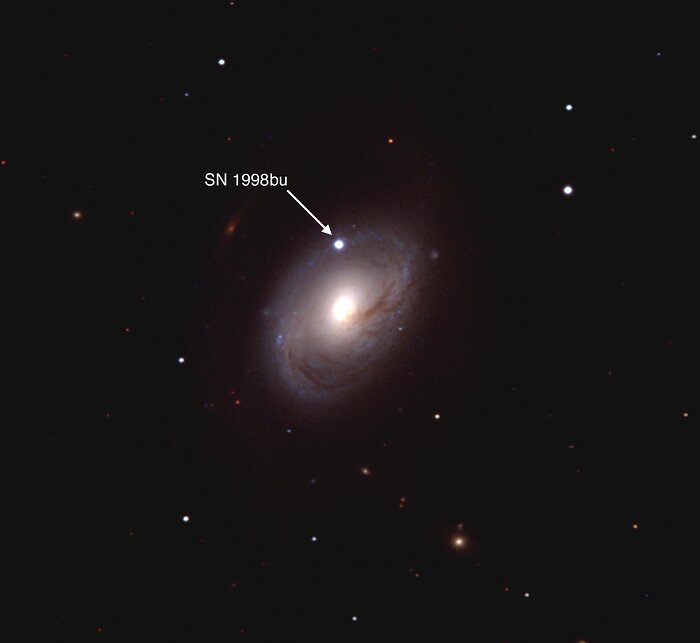 Supernovae Are the Clues to the Accelerating Universe-The Journal Science Picks Top Advance for 1998: Supernova 1998bu in the near-by spiral galaxy, M96 illustrates the appearance of supernovae observed at the far greater distances necessary to see the effect of Einstein's cosmic repulsion.

The supernovae and their parent galaxies used to measure Einstein's cosmic repulsion are at distances averaging 10 billion light years-some 300 times further away than M96-and are much fainter and more difficult to discover and study. Galaxies at these distances are faint smudges of light little bigger than the stars in the field of M96 and their supernovae appear as points of light about as bright as the parent galaxy.