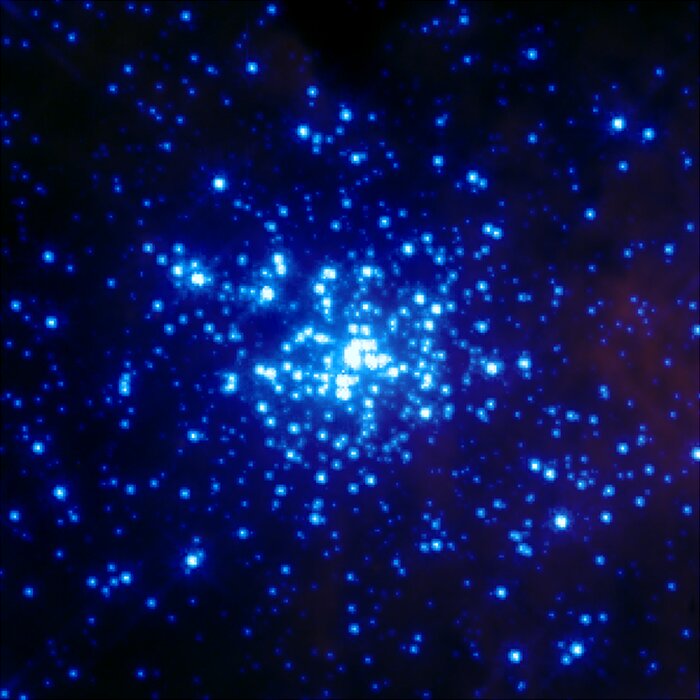 The image shows R136, a dense cluster of young hot stars at the center of the giant H II region in the Large Magellanic Cloud. The cluster contains the most massive stars yet discovered.