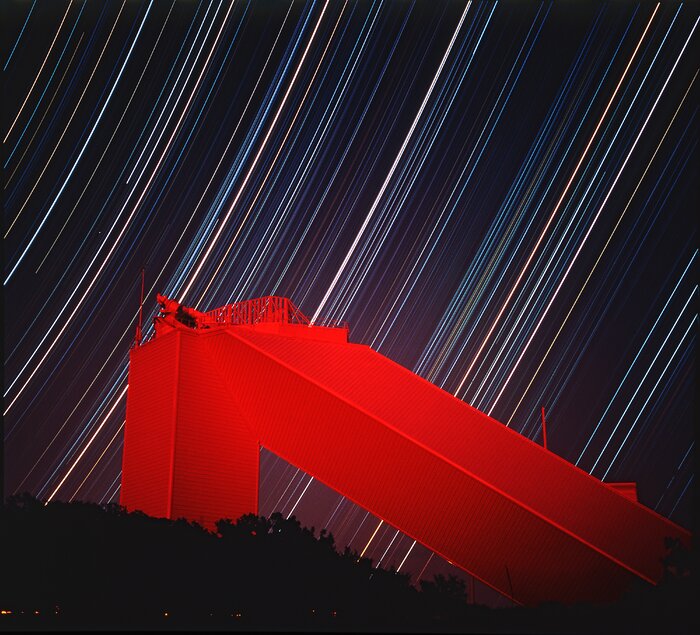 A nine-hour exposure of the McMath-Pierce Solar Facility on Kitt Peak. The normally white building appears red due to high altitude haze following the 1991 eruptions of Mount Pinatubo (principally: there were some other volcanoes around that time which contributed). No filters or multiple exposures were used. Three equally spaced star trails on the far right mark the Belt of Orion. To the left of these, there is a band of other trails containing red Betelgeuse, blue Bellatrix, and white Procyon. Picture by Dr Bill Livingston.