Kepler Stars and Planets are Bigger than Previously Thought 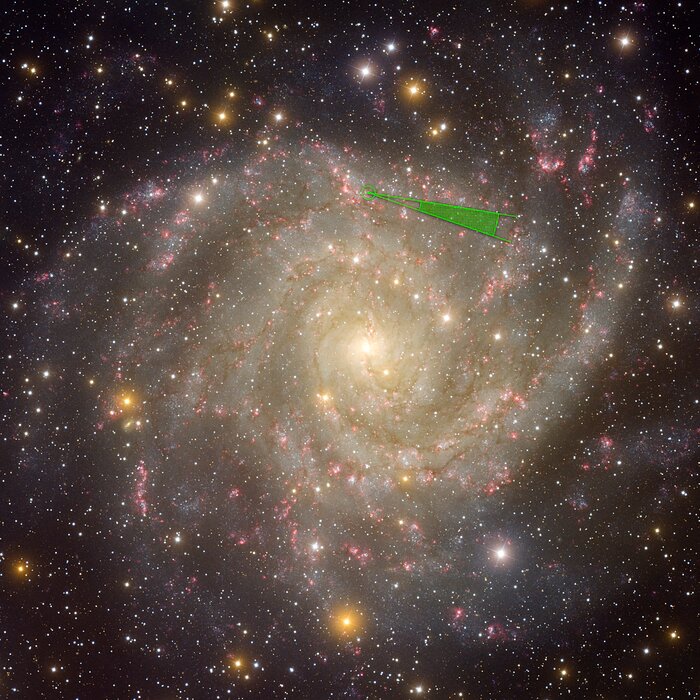 Using a galaxy similar to our own Milky Way, we show the scale of the distances for the sample of stars with planet candidates described in this press release. The circled dot represents the position of the sun in the Milky Way, and the stippled cone shows how far away the new candidate stars are (2800-7000 light years), compared to the size of our galaxy.