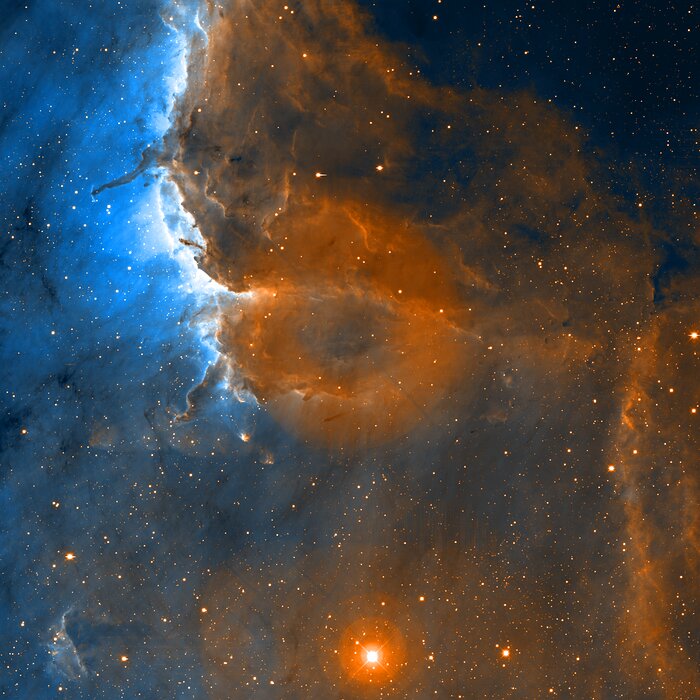 This image of the clouds of gas and dust next to the “neck” and “body” of the Pelican Nebula was taken by the National Science Foundation’s Mayall 4-meter telescope at Kitt Peak National Observatory near Tucson, AZ. Narrow-band filters were used to isolate the red emission lines of hydrogen and singly-ionized sulfur. The image reveals many previously unseen shockwaves, evidence for powerful outflows from newly formed stars embedded within the molecular clouds that rim the nebula. North is up and west is to the right in this image. This image was produced by an NOAO Survey Program known as the Deep Imaging Survey of Nearby Star-Forming Clouds, which is led by John Bally of the University of Colorado and Bo Reipurth of the University of Hawaii. It is also the subject of a related press release.

Note: the large “donut” in the middle is an artifact of the coma corrector in the KPNO 4-meter that was not completely removed in the reduction. This image has been clipped to remove ragged edges caused by the dither pattern of the different fields. An un-clipped version, with higher resolution, is also available.