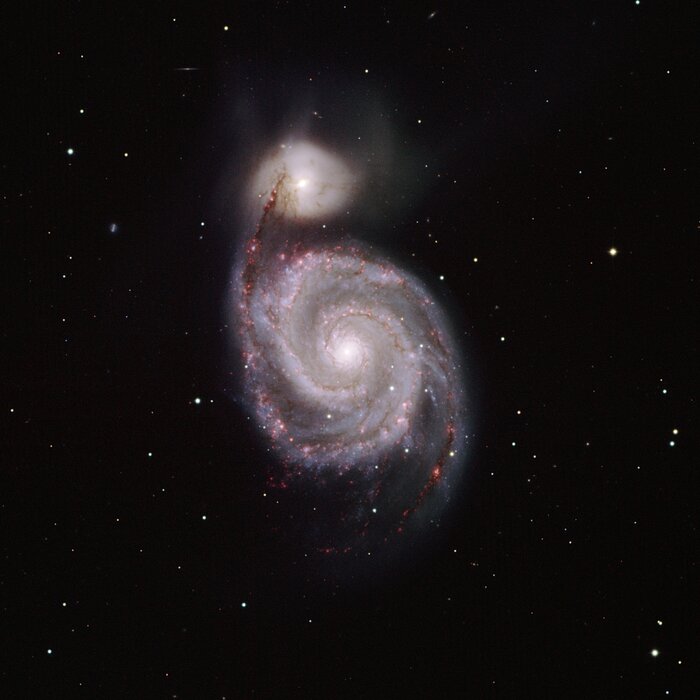 This image of M51 was taken with the NOAO Mosaic CCD camera on the National Science Foundation's 0.9-meter telescope located at Kitt Peak National Observatory near Tucson, AZ. Located in the constellation of Canes Venatici, the "hunting dogs", M51 consists of the large spiral galaxy NGC5194 and its smaller companion NGC5195. Hot, massive stars which recently formed in NGC5194 give the galaxy its bluish color. The reddish areas are nebulae in the galaxy in which stars are rapidly forming. M51 is approximately 31 million light-years away and over 65,000 light-years in diameter. The color image was generated by combining images taken through five filters (B, V, R, I and Hydrogen-alpha). The image shown above is only one tenth of the entire field of view of Mosaic on the 0.9-meter telescope.