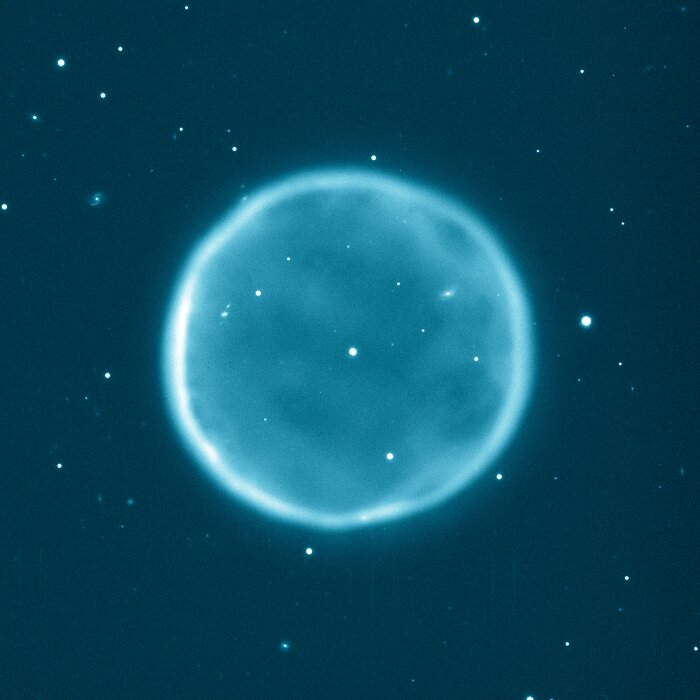 Abell 39, the 39th entry in a catalog of large nebulae discovered by George Abell in 1966, is a beautiful example of a planetary nebula. It was chosen for study by George Jacoby (WIYN Observatory), Gary Ferland (University of Kentucky), and Kirk Korista (Western Michigan University) because of its beautiful and rare spherical symmetry. This picture was taken at the WIYN Observatory's 3.5-m (138-inch) telescope at Kitt Peak National Observatory, Tucson, AZ, in 1997 through a blue-green filter that isolates the light emitted by oxygen atoms in the nebula at a wavelength of 500.7 nanometers. The nebula has a diameter of about five light-years, and the thickness of the spherical shell is about a third of a light-year. The nebula itself is roughly 7,000 light-years from Earth in the constellation Hercules. This image was the subject of a press release during the 197th meeting of the American Astronomical Society held in January 2001.