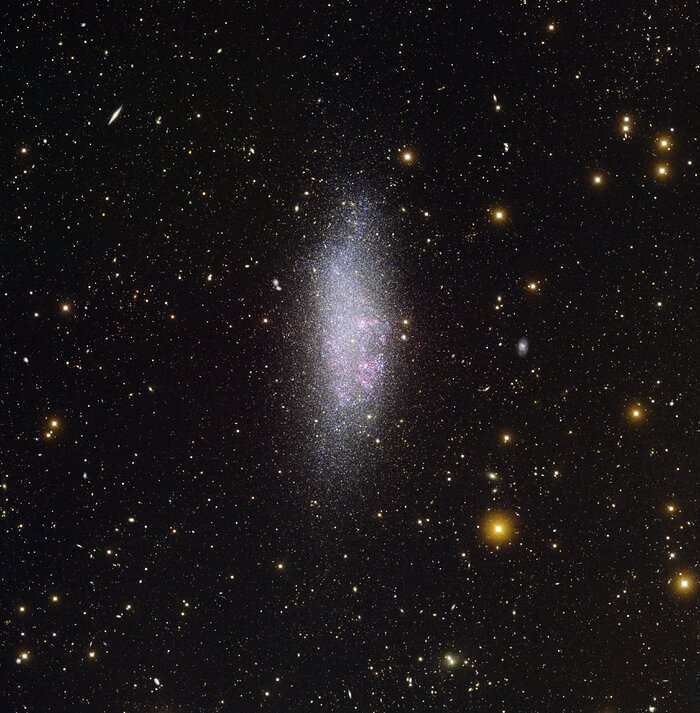 This image was obtained with the wide-field view of the Mosaic II camera on the Blanco 4-meter telescope at Cerro Tololo Interamerican Observatory. Wolf–Lundmark–Melotte (WLM) is an irregular galaxy located on the outer edges of the Local Group. WLM is about ten times smaller than our own galaxy, the Milky Way. This image was made using data from the Local Group Survey. The image was generated with observations in U (violet), B (blue), V (cyan), I (orange) and H-alpha (red) filters. In this image, North is up, East is left.