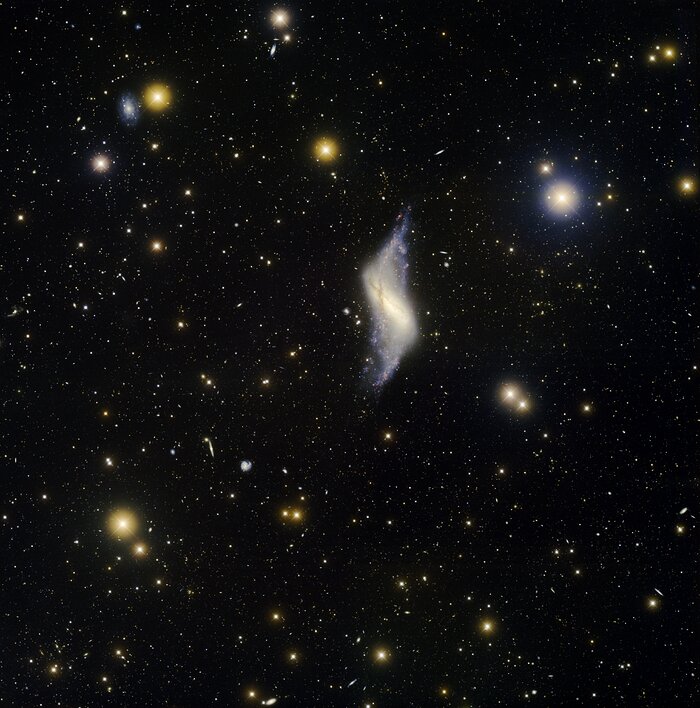 This image was obtained with the wide-field view of the Mosaic camera on the Mayall 4-meter telescope at Kitt Peak National Observatory. It shows NGC 660 and its surroundings. NGC 660 is a striking example of a polar ring galaxy. In the distant background are thousands of other galaxies. Nearly every small blue or yellow smudge is a very distant galaxy. Some of these, like NGC 660, show evidence of collisions or mergers. The image was generated with observations in the B (blue), V (green), I (orange) and Hydrogen-Alpha (red) filters. In this image, North is up, East is to the left.