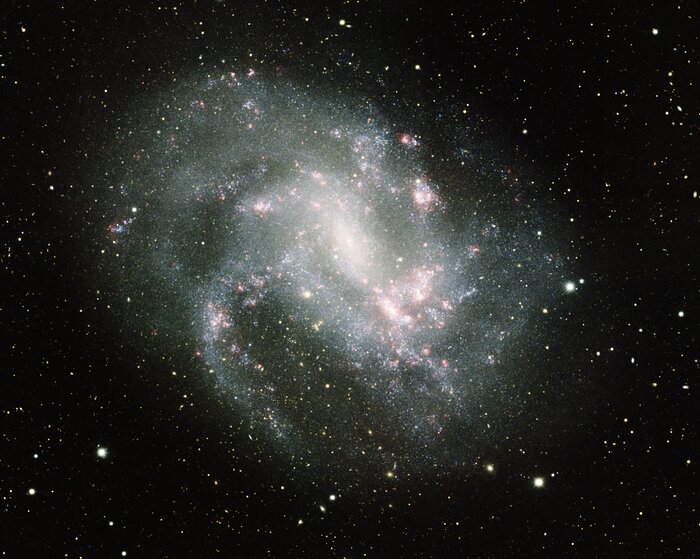 This image was obtained with the wide-field view of the Mosaic camera on the Mayall 4-meter telescope at Kitt Peak National Observatory. NGC 4395 is a spiral galaxy with a very low surface brightness. Unlike most galaxies the center of the galaxy is small and faint. Nearly all galaxies are known to contain a supermassive black hole in the center. NGC 4395 has one of the smallest known such black holes. It is six times smaller than the one at the center of our galaxy, the Milky Way. The image was generated with observations in B (blue), V (green), I (orange) and Hydrogen-Alpha (red) filters. In this image, North is down, East is right.