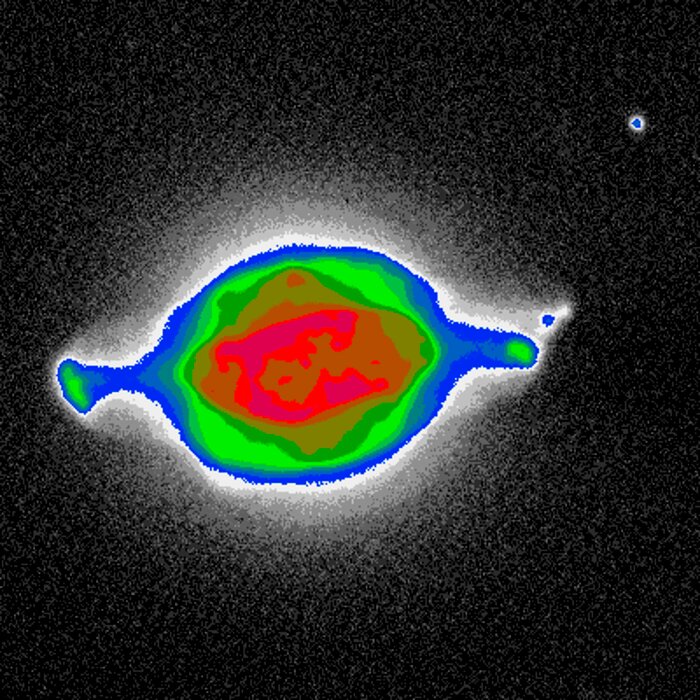 This is a one-minute exposure taken on the night of September 26th 1994 (UT of observation 27/09/94:04:46). This photograph shows a region 90 arc seconds square, and is displayed in pseudo-color, where the brightness is mapped to a color so as to show more of the fainter features (in white) while not saturating the bright regions (in red). Observing conditions were not very good during this phase of commissioning, so that this image has a "seeing" measurement (average FWHM of several stars) of about 0.9 arc seconds. Orientation: N is up, with W to the left. About this object The Saturn Nebula, NGC 7009, is in the constellation Aquarius. A shell of glowing gas surrounds a central hot star. The nebula was formed when the central star ejected perhaps as much as ten percent of its mass, over a period of some millions of years. Initially slow mass loss creates a surrounding shell of material which is later ionized by hotter, faster ejecta, which can result in quite complex structures. This planetary nebula is 3900 light-years from Earth, and about half an arc minute (or half a light-year) across. Location: 21 04.2 -11 22 (2000).