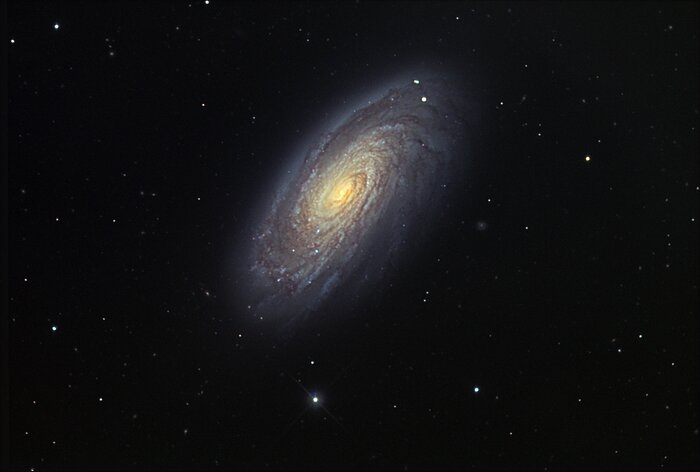 M88 displays a set of tight spiral arms and dust lanes in each. A recent supernova (1991) in M88 helped better determine its distance from us. Stars exploding in other galaxies can be used as a "standard candle" since astronomers know their intrinsic brightness (how bright it would appear at a known distance). Then, by measuring the brightness of the supernova, they can estimate its distance by using the properties of light (things appear dimmer the further away they are). M88 is calculated to be 60 million light years away by this method.