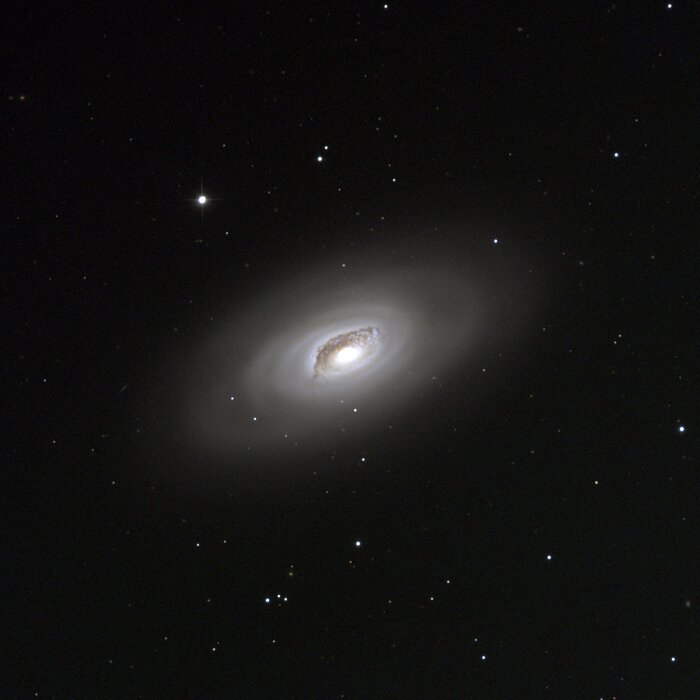 The "Black Eye" or "Sleeping Beauty" galaxy, M64 is a spiral galaxy of type Sb in the constellation Coma Berenices. The peculiar dust lane to the north of the nucleus (top of image) may have been created from a small companion galaxy absorbed into the main spiral, but not yet relaxed into the mean orbital plane. This speculation is bolstered by the fact that M64 contains two counter-rotating streams of gas and stars, whereas in most galaxies the material all circulates the same way. Some 20 million light-years away, M64 is about 55000 light-years across (roughly half the size of M31/Andromeda or our Galaxy). M64 is considered by some (but not others) to be in a group including M94 and various fainter galaxies. The present picture is a color composite of CCD images from the 0.9-meter telescope of the Kitt Peak National Observatory, near Tucson, Arizona, taken in January 1997 (and even when I was observing it I couldn't understand why it has the names it has: I must suffer from lack of imagination). Image size 14.5 arc minutes.